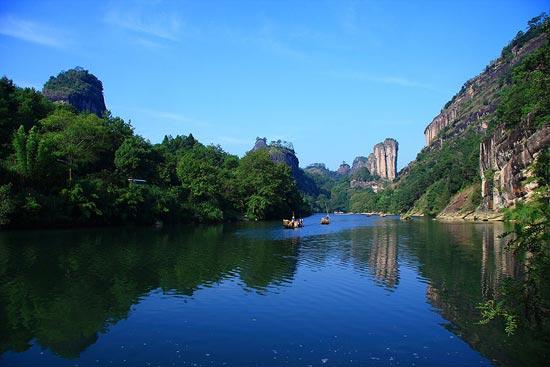 The Wuyi Mountains are a mountain range located at the prefecture Nanping, at the northern border of Fujian province with Jiangxi province, China. The mountains cover an area of 60 km?. In 1999, Mount Wuyi entered UNESCO's list of World Heritage Sites, both natural and cultural. It is the most outstanding biodiversity conservation zone of Southeast China. Numerous types of tea are produced around Mount Wuyi; it is the origin of the real Da Hong Pao tea and Lapsang souchong, further described in Wuyi tea.

The region is part of the Cathayshan fold system and has experienced high volcanic activity and the formation of large fault structures, which were subsequently subject to erosion by water and weathering. The landscape is characterized by winding river valleys flanked by columnar or dome-shaped cliffs as well as cave systems.

Peaks in the western portion of the Wuyi Mountains typically consist of volcanic or plutonic rocks, whereas peaks and hills in the eastern area are made up of red sandstone with very steep slopes but flat tops. The Nine-bend River (Jiuqu Xi), about 60 kilometers in length, meanders in a deep gorge among these hills.

The highest peak in the area is Mount Huanggang at 2,158 meters, making it the highest point of Fujian, the lowest altitudes are around 200 meters. 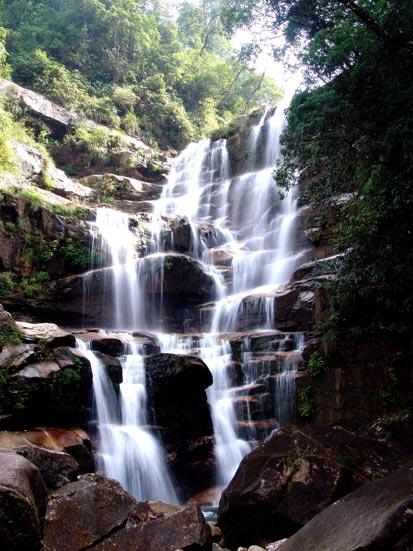 The fauna of the Wuyi Mountains is renowned for its high diversity, which includes many rare and unusual species. In total, approximately 5,000 animal species have been reported for the area. 475 of these species are vertebrates and 4,635 insects.