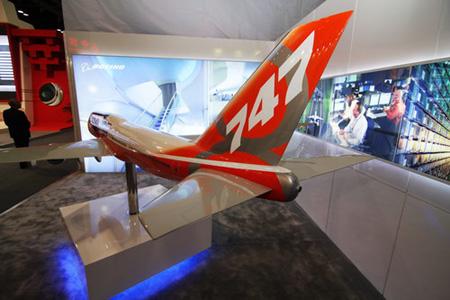 Shanghai Aircraft Manufacturing Co (SAMC) has signed a 10-year contract with Boeing Co for horizontal stabilizers for the company's 737 aircraft, an SAMC official said on Sept 20.

"This is the largest single supplier contract China's aviation industry has signed with Boeing," said He Dongfeng, president of SAMC.

Both Boeing and SAMC declined to disclose the value of the contract, but an SAMC employee with knowledge of the deal said on condition of anonymity that it must be more than $100 million.

"It will take 10 years to deliver," He said, but declined to disclose the number of horizontal stabilizers involved.

The contract will take effect next month.

In January, SAMC delivered its 2,000th 737 horizontal stabilizer to Boeing in 11 years - the company can currently make a month.

Horizontal stabilizers are fixed on the tail of aircraft to balance the aircraft.

Boeing has 35 suppliers in China, and it is the largest buyer of aviation parts made in the country, committing hundreds of millions of dollars annually to its suppliers.

"About 6,000 aircraft from Boeing, flying all over the world, have Chinese fingerprints," said Bertrand Marc Allen, president of Boeing China.

The Boeing 737, the company's most popular aircraft, has had more than 9,000 orders to date, and currently has a backlog of more than 2,100 orders.

Boeing is under heavy pressure to deliver so many orders, Allen said, and it tries to work closely with suppliers, including SAMC, to increase the production rate of the 737 from the current 31.5 to 42 a month by 2014.

The contract was signed during the 14th Beijing Aviation Expo, the oldest aviation expo in China. Almost 200 aviation companies are attending the event, which runs from Sept 21 to 24.

Boeing has shown models of its new aircraft, including the 787 Dreamliner and 737 MAX, during the expo. The 787 Dreamliner has already got 60 orders from five Chinese airlines, which will be delivered from early 2012.

Airbus SAS is showing an A380 at the expo. It will deliver the first of these to a Chinese customer in October.