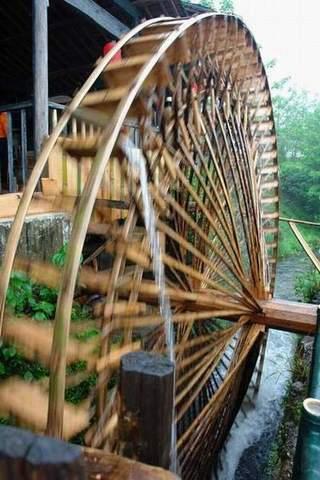 The rainbow bridge has a long history, build in the Southern Song Dynasty, that was more than 800 years ago, it is the ancient oldest, longest shelter bridge of emblem state, praised as by numerous medias One of the most beautiful shelter bridges of China ,It is the gold medal beauty spot chosen as the only Wu s source with net user Cheng.

The glamour of the rainbow bridge, not merely lie in the body of bridge is bound with the perfections of the green hill, green water, ancient village, post road, and the more importantly one embodies in the vitality built: The choice with rational science builds the geographical position of the bridge -Build on widest river surface; Decompose half design of pier of the ship shape of the shock power of the flood; Distributed according to the difference between the major speed piers of the flood; It is close and firm that the strip stone is built to France; Long-term, practical design idea of bridge floor, the easy descendant maintains, fully reflect the philosophical thought that the simpler and practicaller craft is the easier to pass on, extend.

Go through more than 800 years, still intact, simple and unsophisticated, deep and serious, the accumulation sense is strong.

The ingenious associations of two bridges of bridge names, it is exactly ancient s wish, hope to descendants. It is green for water, because founder of seal cutting school gentle Peng in one pond on under bridge and what if you can t shake, go boating herein, seeing the beautiful scene here, gentle Peng inscribes small West Lake on the cliff waterfront joyfully And gain the name.

Water-powered trip-hammer workshop for more than one thousand years, is still demonstrating the ancient enables water to drive the waterwheel to husk rice with mortar and pestle, rub the powder. A simple and unattractive stone tone tablet (stone dam) ,Have protected the ecological environment of the peripheral rainbow bridge over several hundred years, is praised as ecological patron saint