Congratulate the gold sound shrine and travel Shaoyang of China

Congratulate the gold sound shrine and travel Shaoyang of China 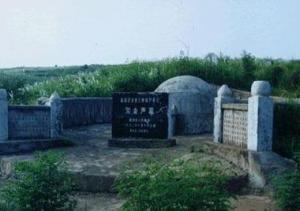 Congratulate the gold sound shrine and locate in 2.5 kilometers in southwest in Shaodong county town. During the period of the Republic of China, local people raise the money and build, two before and after divide, one has already been destroyed ago, and then remain, as three room, have, congratulate gold the intersection of sound and seated statue among being bright. Volume book on allow me to be common, charitable and pious deeds, in people, it grow too frank, it die supernatural even, the portrait of the deceased is in the hall, township clan appearance type, stand honestly and stupidly faint-heartedly, numerous common people want to revitalize . He JinSheng, the mountain of the wingceltis paves people. Have lifted the big fellow kills the foreign army The banner of an army fighting a just war, more than 100,000 people of justice army of group, count the province in the South of the acoustic shock. The 28th year of Guangxu in Qing Dynasty (1902) Murdered in the level ground of the blue and green tree by the Hunan governor of a province.
He JinSheng was born in little landlord s family. It is studied in the money east academies and academies of small stream of Shaoyang of home town that, pass the examination the Xiucai at the age of 27. And then not tried in conformity with the township. Got to Changsha in 1882, studied at collage in Yuelu academy. Return to and belong to the home town next year. In more than ten years hereafter, lived in gentry s life of the book. 1892 year, hold three chief, office of office, concurrently always the intersection of county magistrate and maos of grand the intersection of chapter and committee for east the intersection of township and group. Shao Yang s great drought of 1897 years, he convenes the despotic gentry of landlords to have a meeting, forces and donates the valley to provide disaster relief. The Eight Strategic Nerve Points invaded in 1900, Catholicism missionary in Hunan took the advantage of one s power to walk crosswise too, he extremely angry to this, piece show, take off card everywhere, carry on against imperialism to propagate. It is in the township that governor of a province Yu Lian three is very much afraid Shake the heart ,So break a rule and appoint him as the patrolling and prevent the right camp of camp s wing word from being in charge of bringing, it raises the life to go to the provincial capital bravely. Submit a written statement to several times after letting, propose refuse peace talks, rescue capital of a country, attend conduct in protect native place a opinion. In March of 1901, no matter went back to Shaoyang to handle the matters of relieving the people in stricken areas in order to relive a committee member. The thing is finished, receive order back to the provincial capital. Weighing the state teaching notes at this moment does diagraceful treatment, soon, the Qing Government signed hard ugly treaty of humiliating the nation and forfeiting its sovereignty. He submits a written statement to Yu Lian three again, requires the flat teaching notes, dominates Hunan definitely. Yu receive, have behind the book, transfer to, propose, adjust by by affair by camp it on will it be March 1902, lead the intersection of wing and the intersection of word and right camp divide, enter, suppress smuggling 3 flags, have removed his military leadership actually. In June, he is so angry as to ask for leave Shaoyang, employ and enlist persons for service in the armed forces bravely, punish imperialist element and his lackey, still release drive foreigners and advise the priests of various countries to be gentle . Meanwhile, begin to plan to rise in revolt, name the team as the big fellow kills the foreign army ,Recommanded as the generalissimo, is divided into five armies, plan to develop towards every province of near neighbours after uprising. But just at this moment, Lian Yu three order, arrest and deal with according to law him. September 21, treasure celebrate know office Pan blue and green luring to learn, catch by palace it by the intersection of jade and Lin Chen, county magistrate of Yang, Shao. On the 28th, in the level ground of blue and green tree of Hunan township county (belong to the bimodal county today) Murdered. Write congratulate the posthumous manuscript of the gold sound .