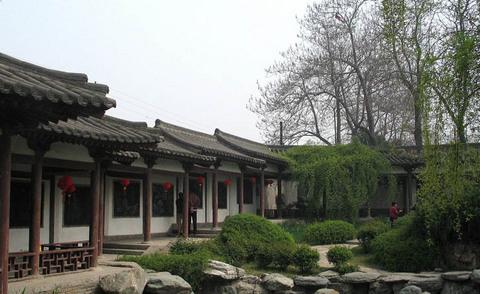 Establish in the intersection of King Wen of Sui Dynasty and Yang Jian, turn on 2 years such as emperor A.D. 52) ,Originally known as the inspiration temple, two years (A.D. 711) for Tang JingLong Rename as Qinglong (Blue Dragon) Temple. Qinglong (Blue Dragon) Temple is one of the famous temple(Buddhist)s in the Tang Dynasty, happened to reach the great prosperity in the 9th century, it is the front yard of grandfather of one of the truth of Japanese Buddha, is the holy temple in the hearts of Japanese.

Japan is safe in period Appear until middle period) in the 9th century ,Study abroad in large batches Buddhist monk enter Tang, ask the law, among them the empty sea is the most famous. The empty sea visits and favours the fruit Master to study Esotericism of the truth to spread in Qinglong (Blue Dragon) Temple, study dense cases of culture of China s Buddhism in great pain of empty sea, study Chinese Sinology intensively again.

He has great learning, the attainments are deep, there is a very high achievement in such aspects as Sutras, poesy, Sanskrit, calligraphy. After he comes back home in A.D. 806, take large quantities of Buddhism classics and other books away. Have set up dense one of Japan in Nara Dong Da temple of Japan The truth one.

In 1986, Qinglong (Blue Dragon) Temple introduced over thousands of oriental cherries tree from Japan, planted in the temple, during five for every year, June, the oriental cherry is blooming, the spring scenery is full and round, rosy, the scene is unusual. So far, attract these numerous Chinese and foreign visitors with its legendary historical role and beautiful quiet scenery too in Qinglong (Blue Dragon) Temple.