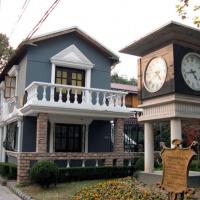 Duolun Lu is located in north of the Sichuanbei Road Trade Area, and south of Lu Xun Park and Hongkou Football Field, with its back to the Inner Ring Viaduct and Jewel Light Track. The length of it is only 550m. The street is both narrow and short, and is also winding and deep and quiet, edged by little buildings of various styles, row upon row. Through in the maps it can hardly be found, it's a major scene in the history of literature of modern times.

Being located in the former American concession area, the former residences which line the Duolun Road are attractive examples of the Chinese and International architectural styles. Today the road is home to a fascinating selection of art and antique shops as well as the more usual souvenirs stalls selling Chinese curios and collectibles. Duolun Road was once a popular haunt of many eminent figures from Shanghai's past. Life size bronze figures of some of the road's former patrons are poised at intervals around the beautifully paved road and add some extra historical perspective. 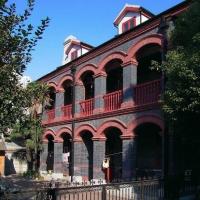 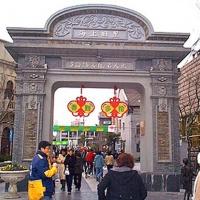 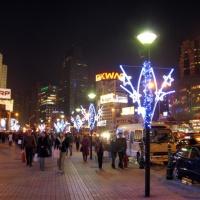 Many famous left-wing writers including LuXun, Qu Qiubai, Guo Moruo and Mao Dun had met here to engage in revolutionary activities in 1930's. The life-like copper statues at street side vividly depict the unique features of the literati and a tour of their former residences helps to learn about their stories in the old days.

With its archaic sights and elegant cultural atmosphere, Duolun Road has become one of the top tourist attractions in Shanghai. It is considered a must-see in the Shanghai trip.