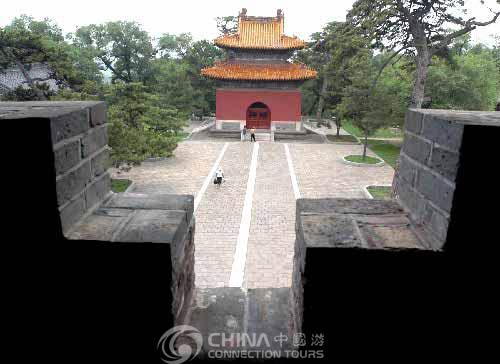 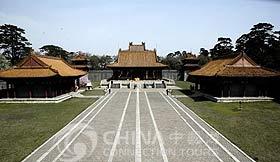 Situated in the Dongling Park in the eastern suburb of Shenyang, Fu Mausoleum is the mausoleum of the Qing Emperor Nurhach and his queen, Xiaoci Gao Yehenala. Since it is located in the eastern suburb of Shenyang, it's also called the Eastern Mausoleum. Nurhaci, the Manchu leader who united the tribes of the Northeast into a front that would, in 1644, seize power in the wake of the overthrow of the Ming dynasty and rule China until 20th century. Facing the Hun River and relying on Mt. Tianzhu, the Fu Mausoleum covers an area of 194,800 square meters with abundant tall pines and huge buildings. Making use of the terrain, the "108 Steps" symbolize the 36 Big Dippers and the 72 Earth Devils, and is an important sign of the Fu Mausoleum. The grounds are pleasant and attractive, with flowers, shrubs, and many ancient trees.