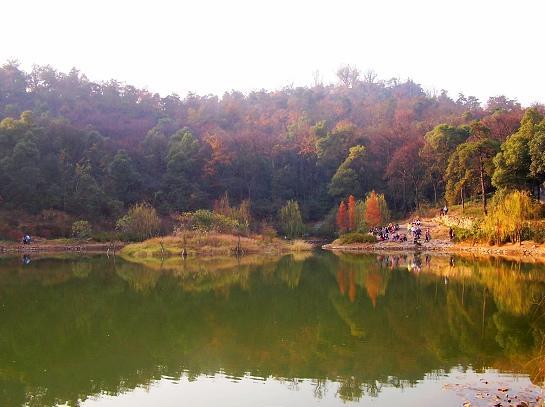 Mount Yuelu, the surplus mount of Hengshan Mountain, is located in the western suburb of Changsha, Hunan, China. It is 300.8 meters high above the sea, with numerous ridges and peaks extending to several kilometers, which looks like a natural screen on the west of Changsha downtown area.

The park covers an area of 500 hectares, part of which is occupied by the Hunan University.It's one of Changsha's most historic spots and is most notable for its academic establishments.

Ever since Han Dynasty, Yuelu Mountain has been a scenic spot for sightseeing. A continuous stream of tourists have been here in thousands of years, so famous scenic spots and historic resorts can be found all over the mountain.

The most famous academic establishment here was the Yuelu Academy (Yuelu Shuyuan), a Song Dynasty (960-1279 AD) institution that was designed to train scholars for the civil examinations. 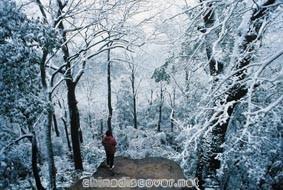 The Academy was built in 976 AD, and was named by King Zheng of the Northern Song Dynasty in 1015. The area, around 25,000 square meters, where this academy once stood now holds a Hexi Altar, a classroom, the King's Book Pavilion, the Wen Temple and Gardens, and one stele remaining from the Song Dynasty.
The park itself is a fairly pleasant walk, and it is possible to get away from the crowds. From the summit it is possible to get a view of the city, over the river and the Island of Oranges (Juzi Zhou) that was once a favourite with the Europeans who settled here in the early 1900s.Yuelu Mount is also a summer resort in Changsha.Lots of green plants make the temperature in here 4 C-5 C lower than that in the downtown. 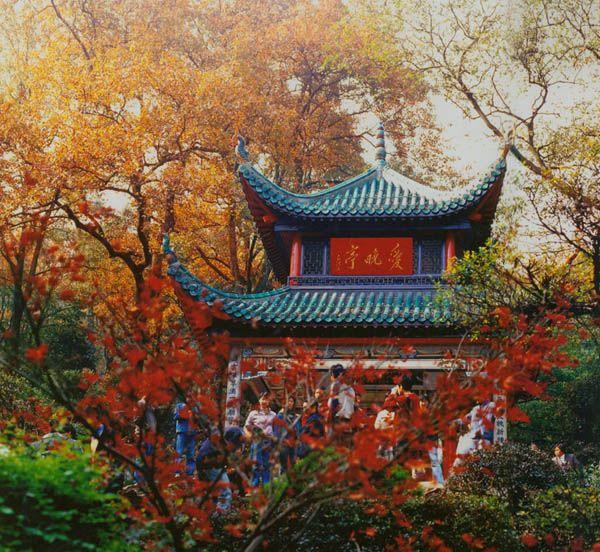 It was built in A.D.1792. Its original name is Red Leaf Pavilion, later changed based on a poem by Du Mu. Mao Zedong once played and studied here and the remaining tablet was written by Mao Zedong in the 1950s. Aiwan Pavilion is supported by four red poles. There is a tablet with the poem, "Qinyuanchun, Changsha" written by Mao Zedong. 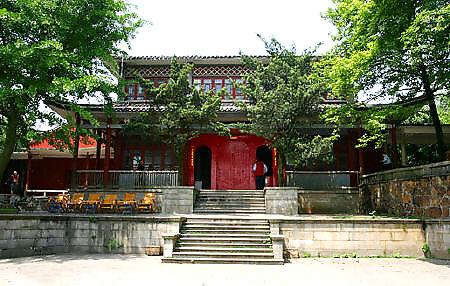 Yunlu Palace is a Taoist place. The history of Taoist activities in Mount Yuelu is quite long. Yunlu Palace was built in A.D.1478, and Mount Yuelu has been an active center since then.