2010 Weihai ITU Long Distance Triathlon World Series came to a close on the afternoon of September 26. More than 300 triathletes representing 24 countries and regions got through the competition of 26 groups smoothly. 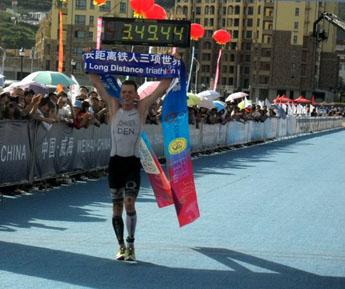 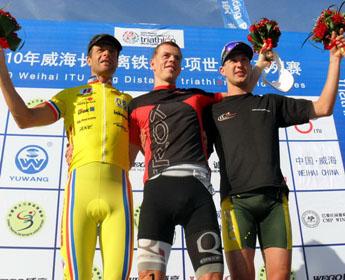 Caroline Steffen from Switzerland, Radka Vodickova from Czech and Paxton Raechel from Australia won the first, second and third places in the women s elite competition. 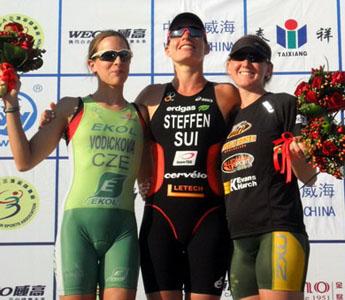 The amateur group had many small groups. Tony of Beijing Holy Brother got the best result, 4 hours 12 minutes 10 seconds.

This is the first high-profile long distance triathlon being held in China in recent years.

A triathlon is a multi-sport endurance event, originated in America. The race consists of swimming, cycling, and running in immediate succession over various distances. Triathletes must be trained, fit, and strong enough to handle a 3-course athletic competition in one long race. Triathletes train for months and even years before entering their first competition, as it requires speed, stamina, and strength. Triathletes are very limited in the amount of time they have between segments of the course, and must be ready for anything that may come their way.