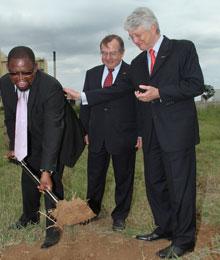 Nestl today announced an investment of around CHF 67 million (more than ZAR 500 million) in South Africa.

The Company is reinforcing its commitment to emerging markets by investing more than ZAR 390 million in the construction of two new factories in Gauteng, creating a total of 230 permanent jobs.

It has invested a further ZAR 106 million in the recent acquisition of Specialised Protein Products, a soya processing company located in Potchefstroom, in the North West Province.

Sullivan O Carroll, Managing Director of Nestl South Africa, officially dug the ground at the site of the first factory.
He said: With this investment, we are proud to express our continued confidence in South Africa s future.

In line with our long-term approach to business, it will not only create value for our shareholders, but also those local enterprises and farmers who will supply us with the majority of the raw materials required for manufacturing our products.

The first new factory, to be built in the town of Babelegi, will be a 16,000 square metre facility to enable the local production of Milo and Cheerio cereals, which are currently being imported.

This will create 70 permanent jobs and at least 100 indirect jobs in its construction phase. A number of permanent employees will have the opportunity to develop their skills and receive training abroad with Nestl engineers and technology specialists. 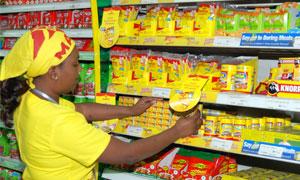 MAGGI PRODUCTS: Nestl will increase production of its popular bouillons, seasonings and noodles in South Africa.

The second factory, also to be located in Babelegi, will produce Maggi products such as bouillons, seasonings and noodles.

This will generate 160 permanent jobs and at least 200 indirect jobs during the construction phase.

With the acquisition of Specialised Protein Products, including the continued employment of its 120 existing staff, Nestl aims to increase production capacity of its non-dairy creamers while developing other high quality and affordable soya-based products.

Nestl has been present in Africa for more than 130 years. It currently operates a total of 24 factories on the continent and provides direct employment to approximately 29,000 people. Its first factory in Africa was constructed in South Africa in 1927.