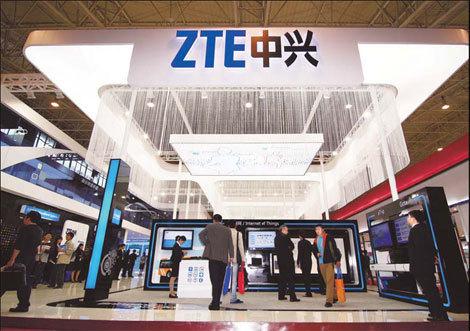 Jobs was a "core" product manager at Apple and his departure will create long-term opportunities for rival suppliers, according to Sun Peilin of Analysys International in Beijing. Jobs' resignation comes at a time when China Unicom (Hong Kong) Ltd, the largest seller of iPhones outside the United States, is seeking to diversify away from the iPhone with lower-priced handsets, including ZTE's V880, to reduce subsidy costs.

Unicom is currently the only carrier in the world's largest mobile-phone market that offers the iPhone with a service contract. Unicom has the largest number of iPhone users in the world outside the United States, said Chairman Chang Xiaobing on Wednesday, without saying how many of the company's 23.95 million third-generation (3G) network subscribers use the device.

Subsidies related to the iPhone contributed to a loss of 3 billion yuan ($469 million) at Unicom's 3G mobile unit in the first half of this year, the company said on Wednesday. To reduce the subsidy burden, the company is focused on expanding the number of smartphones priced at less than 1,000 yuan, including ZTE's V880.

"It's strategically important for Unicom to move from one phone to a much broader portfolio," said Anand Ramachandran, a Hong Kong-based analyst at Barclays Capital, in an interview on Thursday. "Apple has awesome devices but they are also expensive."

Sophia Tso, a Hong Kong-based spokeswoman for China Unicom, said she didn't immediately have a comment on how Jobs's resignation would affect the carrier's relationship with Apple.

Even before the announcement of Jobs' resignation, makers of Android smartphones such as ZTE had also been boosted by Google Inc's Aug 15 announcement of the planned purchase of Motorola Mobility Holdings Inc. The purchase would give Google more than 17,000 patents that may help it defend the Android system from intellectual property lawsuits by Apple.

"Apple is fighting single-handedly, with its relatively closed system, the Android system," Sun at Analysys International wrote in a report on Thursday. "The acquisition of Motorola by Google will mean opportunities for a follow-up."