Cyber Wars between Stores Are Heating up

Cyber Wars between Stores Are Heating up 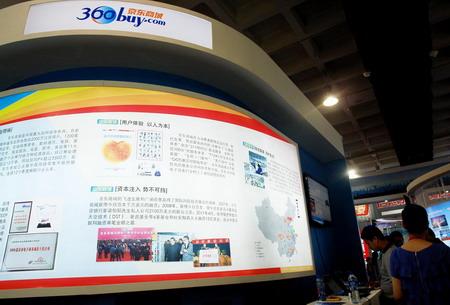 When Miao Zhipeng, who works for a Beijing State-owned enterprise, moved into his new apartment of the North Fourth Ring Road, he bought all his electrical appliances, including television, washing machine and microwave oven, online.

"When my parents got married in the 1970s, they bought those household goods from department stores. The task took them almost four weekends," Miao said.

The young man appreciated the high-efficiency, lower-cost and home-delivery service of Internet purchases. With just a few clicks one morning and a two-day wait he had everything he needed.

An increasing number of Chinese people prefer buying computer, communication and other electrical products through the Internet. It's a trend that is resulting in the decline of traditional white goods stores to the benefit of their cyber equivalents. Or, as one writer put it, shopping is moving from bricks to clicks.

According to a report issued by Nuremberg-headquartered German research firm GFK Group, China's online shopping market reached revenues of 498 billion yuan ($76.88 billion) in 2010, rising by 96 percent over the previous year. Online household appliance sales experienced even faster growth, up by 200 percent to about 80 billion yuan.

The growing demand and market potential have thrilled Richard Liu, the founder of 360buy.com. He said he hopes the company will become one of the top five e-commerce businesses in the world, rivaling the likes of Amazon.com Inc.

Born in 1974 in Suqian, Jiangsu province, a place known for producing commercially minded individuals since the Chinese feudal ages, Liu inherited his forefathers' astuteness and courage, and invested 12,000 yuan in 1998 to run a small booth in Zhongguancun, the technology district of Beijing, selling CD writers.

The business quickly developed into a chain of 12 IT-related stores in Beijing, Shenzhen and Shenyang, Liaoning province. When the SARS epidemic erupted in China in 2003, Liu was forced to sell excess stock online. Had it not been for this act of providence he may well have set up another electrical products empire similar to Gome Electrical Appliances Holdings Ltd.

Liu closed his stores in 2004 and focused on trading online exclusively. He said he "hated the process of having two things going at the same time" and wanted to "be dedicated".

The online website is called 360buy.com, or Jingdong Shangcheng in Chinese. Jingdong incorporates the last Chinese characters of his first girlfriend and his first name.

The online business-to-customer (B2C) retailer has seen its annual revenue increase by more than 200 percent in the past six years. It brought in annual revenue of 10.2 billion yuan in 2010 and accounted for a third of the Chinese B2C market last year, according to the consulting firm iResearch.

Although 360buy.com extended its business to other fields, such as general merchandise, books and clothes, electrical products remain the biggest proportion of total sales, contributing more than 90 percent of revenue last year.

Liu raised the earnings forecast of 360buy.com to up to 30 billion yuan this year, from a previous expectation of up to 26 billion yuan.

The growth rate of Chinese e-commerce traders has put great pressure on traditional bricks-and-mortar operations. Suning Appliance Co, a Chinese leading electrical appliance retailer, fought back by launching its own online outlet in January 2010, while Gome set up its online store in April this year.

Suning aims to grab more than 20 percent of the market share for China's household appliances by 2013 and become the biggest B2C website in the sector in China, Sun Weimin, deputy chairman of Suning, said last year.

Sun said this April that Suning.com is aiming for more than 5 billion yuan in revenue in 2011, up from 1 billion yuan last year, according to a report from hexun.com.

"Gome took 100 billion yuan in revenue last year. Compared with a company that earns 10 billion yuan a year, Gome definitely has strong bargaining powers and can bring more benefits to customers," Wang said at a Shanghai news briefing on May 24.

Wang Rulin, an official with the China Electronic Commerce Association, said since the major business for 360buy.com is with domestic electrical products, competition with Suning and Gome is unavoidable.

However, Liu at 360buy.com is confident about winning the upcoming battle. "360buy.com started with an investment of a mere 12,000 yuan and underwent 13 years of bloody competition. We do not fear fighting for another 13 years," Liu told China Daily.