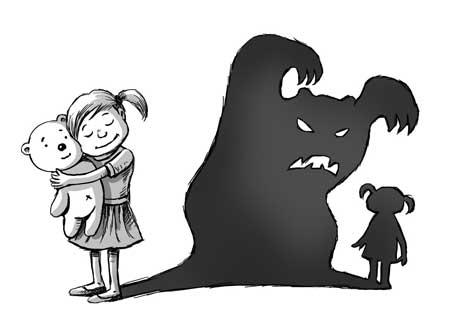 If you're in China, think twice before you buy toys for your kids in the upcoming Children's Day. If they really beg for one, buy it elsewhere.

An analysis published by the General Administration of Quality Supervision, Inspection and Quarantine Friday shows that, among 242 toys inspected, 20 had quality problems. Some of the toys contain heavy metals such as lead and chromium, which may cause chronic intoxication entering children's bloodstreams.

The results echoed a recent survey by the environmental protection group Greenpeace: Some plastic toys in domestic market contain phthalates, a substance widely used to soften plastic but that might cause hormone malfunctions and reproductive problems. Some colorful toys also contain excessive amounts of heavy metal.

It's another piece of bad news for Chinese parents. But what's worse is that it's been exposed that these toys are exclusively sold to the domestic market, while the high-quality products are sent abroad.

This is nothing new. Several weeks ago, there were reports about the double standards for food safety at home and abroad. China's exported food passes quality control tests 99.8 percent of the time, compared to a mere 90 percent in the domestic market.

The Chinese always assume, with good cause, that exported goods are better, and the authorities have repeatedly assured foreign authorities about the quality of exported Chinese products. But when it comes to the domestic market, it seems anything goes.

Why? The answer, as always, is profit. Stricter standards demand more expensive materials, whereas the potentially harmful but cheap materials, such as phthalate-containing plastics, are much cheaper and so widely used in the domestic market.

We can lambast toy makers for poisoning kids, but in the absence of proper regulations, the profit motive rules. Even when there are rules, some would attempt to escape them or make use of loopholes in regulations to make more profit.

So it is natural for them to adopt double standards when they have a choice, since China's domestic standards are considerably weaker and more poorly enforced.

According to Greenpeace, six types of phthalates have already been banned in the production of children's toys and products in the EU and the US. But in China, there is no relevant regulations about the content of phthalates in toys.

In the EU, the examination of the safety of toy products focuses more on the chemical nature of the toys' components.

In China, however, the snap check of toy products is mainly targeted at aspects like physical and mechanical properties and combustionperformance, and items like chemical elements and heavy metals are usually ignored in the routine official checks.

China's national standard only sets limits for eight heavy metals, the same as the EU's old standards. But countries like the US and Japan are doing better in regulating heavy metals. And the EU has updated its regulations to cope with newly emerging safety problems.

It might be a challenge for Chinese toy exporters, but it's good news for parents in the EU, since their children will be better protected from potential harm.

Chinese parents want this assurance too, so they must demand that the relevant departments learn from the EU and realize that toys sold in the domestic market are harming children.

New safety problems are emerging with the development of the toy industry and they need to update the safety standard to get it in line with international norms.

The slowness in updating quality standards has been an obstacle in the development of many industries. But when it comes to the safety of kids, a nightmare for Chinese parents, the problem should be addressed more urgently to avoid widespread panic.

Chinese kids are just as vulnerable when exposed to such harm as any other children.

The scandals in the Chinese mainland milk powder industry caused the panic buying of exported milk products and crazy shopping sprees in Hong Kong and Macau. Let's hope the toy market in China will not follow the suit. After all, they cannot rely on exports alone.