Yichun is a prefecture-level city lying in the northeastern part of Heilongjiang Province with anarea of 39,017 square km.It enjoys a cold temperate monsoon climate, with an av 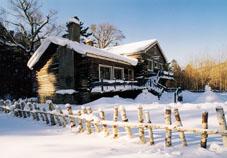 erage temperate of 1.0 Celsius. It is among the coldest cities in China.

The city is rich in natural resources, such as timber, fresh water.Once it was the most important forestry production base,a large number of high-quality red pine was shipped out from here,so it has a nickname of"the city of forest".The visitors in here will be captivated by dense virgin forsets,clear river and the changable scenery in each season.

Yichun was named after the Yichun River. Its history stretches back to the Shang Dynasty. It was inhabited by many ethnic minority groups before the Tang Dynasty. Since the Tang Dynasty, the current territory of Yichun has been under the control of China's central government. Yichun is a multi-cultural prefecture-level city in Heilongjiang. Many minority groups, such as Manchus, Mongols and Koreans, are living in this city.

Yichun is in the hinterland of the Lesser Hinggan Mountains. Half a century ago it was a stretch of primeval forest. Today it is a city hidden in forest. The world's largest Korean pine primeval forest and over 120 conifer and broadleaf species can be found in Yinchun. Every year the forest takes in 24.30 million tons of carbon dioxide and releases 33.41 million tons of oxygen, making the city a natural oxygen tank.

Yichun has a sub-frigid continental monsoon climate. Its unique topography and abundant vegetation clearly distinguish the manifold beauty of the four seasons.

When the ice and snow start to thaw in early spring, quiet woods are enlivened by the sound of running streams and chirping birds.

In summer the forest casts a cool shade over the city. In autumn, the Lesser Hinggan Mountains are clad in various colors. Red, yellow and green leaves transform the city mountainsides into a gorgeous oil painting. This is the most beautiful, but shortest moment that nature reserves for Yichun. While enjoying this splendid natural beauty, visitors can also taste wild fruits that nature provides. In winter Yichun is resplendent in silver beauty.

The Lesser Hinggan Mountains have not only tree forests, but also a stone forest at their summit, in Tangwanghe District of northeastern Yichun.Rock climbers will find these strange-shaped rocks especially interesting, and may enjoy the challenge they provide to temper body and soul. 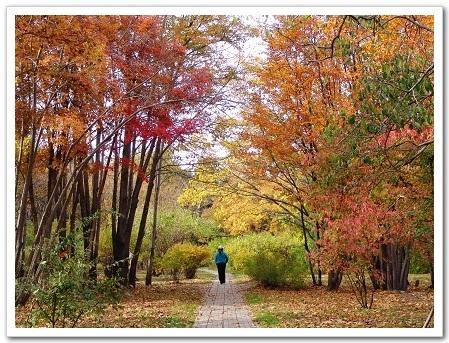 Lesser Hinggan Mountain Botanical Garden lies in the northern suburbs of Yichun.It is a base for scientific research and science education.The garden is divided into two parts:tree garden and medicinal plant garden. 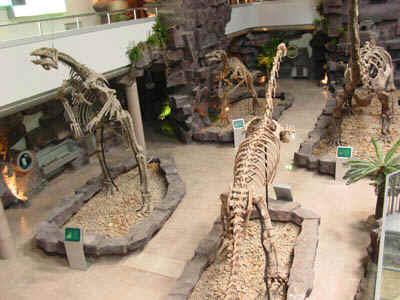 In ancient time,Yichun was the haunt place of dinosaur.A lot of fossil remains were discovered in Lesser Hinggan Mountain and displayed in Dinosaur Museum.Museum looks simple and beautiful,well lighted and the exhibits are wild variety.