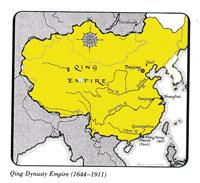 Qing Dynasty, with its captial Beijing, was the last ruling of China from 1644 to 1912. Although the Manchus were not Han Chinese and were strongly resisted, especially in the south, they had assimilated a great deal of Chinese culture before conquering China Proper. Realizing that to dominate the empire they would have to do things the Chinese way, the Manchus retained many institutions of Ming and earlier Chinese derivation.

They continued the Confucian court practices and temple rituals, over which the emperors had traditionally presided.

The Manchus continued the Confucian civil service system. Although Chinese were barred from the highest offices, Chinese officials predominated over Manchu officeholders outside the capital, except in military positions. 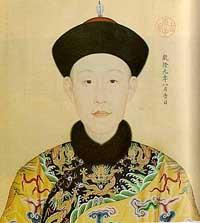 The Neo-Confucian philosophy, emphasizing the obedience of subject to ruler, was enforced as the state creed. The Manchu emperors also supported Chinese literary and historical projects of enormous scope; the survival of much of China's ancient literature is attributed to these projects. Ever suspicious of Han Chinese, the Qing rulers put into effect measures aimed at preventing the absorption of the Manchus into the dominant Han Chinese population.

Han Chinese were prohibited from migrating into the Manchu homeland, and Manchus were forbidden to engage in trade or manual labor. Intermarriage between the two groups was forbidden.

In many government positions a system of dual appointments was used--the Chinese appointee was required to do the substantive work and the Manchu to ensure Han loyalty to Qing rule. 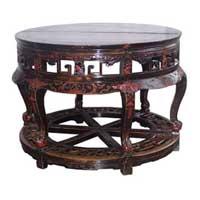 The Qing regime was determined to protect itself not only from internal rebellion but also from foreign invasion. After China Proper had been subdued, the Manchus conquered Outer Mongolia (now the Mongolian People's Republic) in the late seventeenth century. In the eighteenth century they gained control of Central Asia as far as the Pamir Mountains and established a protectorate over the area the Chinese call Xizang but commonly known in the West as Tibet.

The Qing thus became the first dynasty to eliminate successfully all danger to China Proper from across its land borders. Under Manchu rule the empire grew to include a larger area than before or since;

Taiwan, the last outpost of anti-Manchu resistance, was also incorporated into China for the first time. In addition, Qing emperors received tribute from the various border states. 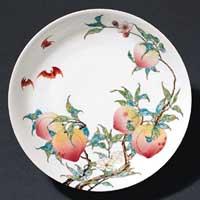 The chief threat to China's integrity did not come overland, as it had so often in the past, but by sea, reaching the southern coastal area first. Western traders, missionaries, and soldiers of fortune began to arrive in large numbers even before the Qing, in the sixteenth century. The empire's inability to evaluate correctly the nature of the new challenge or to respond flexibly to it resulted in the demise of the Qing and the collapse of the entire millennia-old framework of dynastic rule.