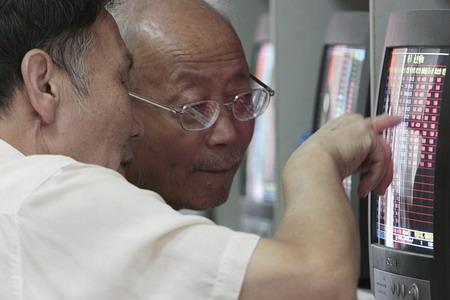 BEIJING - Investors betting on large-cap stocks taking the lead in the A-share market may have to bear with a frustrating range-bound market for some time as liquidity fears prevail, analysts said.

Large-cap stocks, especially high-quality blue chips, have languished behind their small-cap counterparts, most of which have been overvalued with a high risk of peaking since the fourth quarter of last year.

Signs of a potential shift from small to large caps have emerged in the market since then but there has not been a decisive and successful rebound of large caps.

"For large caps to shine, the market has to be supported by ample liquidity, and this is highly unlikely in the second quarter," said Li Jianfeng, an analyst at Shanghai Securities.

"Tightened liquidity has almost become a certainty as growth in the money supply in the first half of the year is set to slow down," Li said.

China's central bank last week resumed sales of three-year bonds, its first since June 2008, as it stepped up efforts to exit the economic stimulus package.

The move is expected to drain cash from the banking system to slow lending that is fueling inflation and potential asset bubbles. It is also meant to pave the way for the central bank to raise interest rates.

On the market's supply side, more new share sales are expected to roll out this year, including the $22 billion initial public offering of Agricultural Bank of China, which will further sap market liquidity, analysts said.

A classic large-cap rotation happened on May 30, 2007 when a surge in blue chips pushed the benchmark Shanghai Composite Index to its all-time peak above the historic 6,000 point while small-cap shares were devastated by the government's hike in stamp tax on securities trading.

But analysts said a similar trend is unlikely to happen this year due to the lack of a bullish consensus favoring large caps among institutional investors.

With trading in stock index futures starting on Friday, investors may be betting big on the new financial instrument to boost undervalued blue chips. But Zhang Fan, an analyst at Changjiang Securities, said the impact will be more of a long-term one instead of triggering a large-cap surge in the short term.

"It will have a limited impact in terms of boosting large-cap stocks due to the high threshold set by the regulator for fear of trading risks," he said.

Zhang noted the given current insufficient market liquidity and uncertainty about the sustainability of the economic recovery, the broader market will continue to perform in the fashion of "three steps forward and two steps back", with large and small caps taking turns leading the market.