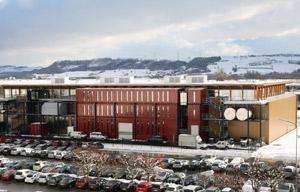 NEW INNOVATION CENTRE: The facility based in Orbe, Switzerland, has more than 80 employees and will be the global hub for research and development for Cereal Partners Worldwide, Nestl 's joint venture with General Mills.

The facility based at Orbe in Switzerland confirms the continued success of the 20 year joint venture between Nestl and General Mills.

Mr Bulcke outlined the strength of the partnership and added: This is a complementary mix of skills, as General Mills has a proven cereal marketing approach, technical excellence and a wide portfolio of successful US brands; and Nestl has a strong worldwide presence and brands, together with a deep local market and distribution knowledge and production facilities.

Currently the number two breakfast cereal producer globally with more than 4,000 employees, the alliance was set up in 1990 to produce and sell ready-to-eat breakfast cereals worldwide beyond the US and Canada. Each of the two companies saw an opportunity to capitalise on the projected growth of the worldwide breakfast cereal market.

Ms Strauss explained that the centre, with more than 80 employees, creates a global hub of research and development and will leverage scientific knowledge from both partners.

She said: CPW already leverages expert support in science and research from both Nestl and General Mills, but this will make it much easier to collaborate across our R&D facilities. It will ensure that CPW provides consumer-preferred products, irrespective of geographic location. In addition, the centre s location near CPW headquarters in Lausanne, Switzerland, will help bridge knowledge transfer and cross-functional alignment across the business. 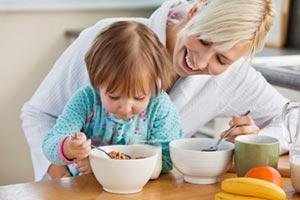 A HEALTHY START TO THE DAY: CPW announced that 44 of its Australian cereal brands, including Uncle Toby s Cheerios and Milo, will carry the Heart Foundation Tick in 2011. The cereals have been reformulated to increase whole grain and fibre content, while cutting down on saturated fat, sugar and salt.

As the latest development under the CPW partnership, the centre illustrates its commitment to environmental sustainability by meeting the requirements for the Leadership in Energy and Environmental Design (LEED) certification in the United States, and Swiss-based certifying agency MinergieEco.

Healthier breakfast cereal choices have been reaffirmed over the past five years as CPW has significantly and progressively introduced whole grain, while reducing salt and sugar levels in production processes. To date, more than 7,000 tonnes of sugar and nearly 900 tonnes of salt have been reduced worldwide, while over three billion servings of whole grain were added to the products.

Mr Powell reinforced CPW s commitment to advancing the health benefits cereal can provide and added: General Mills has been growing and innovating in the breakfast cereal category for more than 80 years, and we see a bright future for CPW as consumers around the world look to nutritious foods like cereals to help them live healthier lives.

As one recent example of its commitment to healthier options, CPW announced that 44 of its Australian cereal brands, including Uncle Toby s Cheerios and Milo, will carry the Heart Foundation Tick in 2011. The cereals have been reformulated to increase whole grain and fibre content, while cutting down on saturated fat, sugar and salt.

The strong partnership is also reflected in the joint effort Nestl and General Mills make as members of the International Food and Beverage Alliance (IFBA), by promoting balanced diets and healthy lifestyles. In 2008, CEOs of each of the IFBA members signed a commitment to a set of five actions over the next five years. On a global basis, these focus on reformulating products, nutrition communication, responsible advertising, physical activity and supporting the World Health Organisation s Global Strategy.

In 1990, CPW signed an agreement with Rank Hovis McDougall (RHM) for the Shredded Wheat Company and AC Fincken in the UK, providing a 12% share of the UK market. 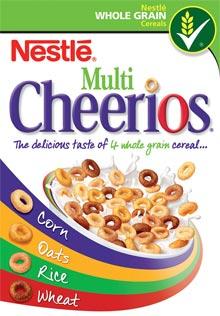 In 1991, CPW entered the European markets of France, Spain and Portugal, then extending to Mexico a year later. In 1993, CPW took over breakfast cereals responsibility from Nestl in Asia including the Philippines, Malaysia, Singapore, Thailand and Indonesia.

In 1994, the acquisition of Toru - Pacific, a breakfast cereal manufacturing company in Poland, was finalised to further extend its presence in the cereal category.

Up until 1995, Nestl breakfast cereals were launched in Italy, Ireland, Germany and Switzerland. Nestl also transferred its existing breakfast cereal businesses into the CPW fold in Greece, Austria and Belgium. The CPW group also branched out into Colombia and Hong Kong, with existing Nestl business in Chile and the Caribbean coming on board.

Furthermore in 1996, CPW entered the market in Argentina and Brazil. Then a year later, entered Russia. In 1998, CPW was introduced into Romania and the Baltic states. The following year, CPW introduced its breakfast cereals in Turkey.

In 2001 CPW began producing its first cereals bars in Europe. Over the next few years from 2002-2003, CPW extended its reach in China, and Milo in Australia.

CPW acquired the Uncle Tobys cereal business in 2006 and the following year, invested in even more production in Australia. In 2009, Milo and Cheerios were launched into the South African market.