Mr. Huang Huahua, governor of Guangdong Province delivered a speech on October 15th in our university.

In the 120mins talk, Mr. Huang Huahua brought the 1600 audience to a feast of thoughts and culture. Mr. Huang first used Rising, getting rich, getting stronger to define the 60 years of glorious history of China and also he used figures to present the great contribution China has attained in the past 60 years.

When speaking about the comprehesive strength of our country, he said the economic value we created a day in 2008 equaled to eonomic aggregate of 1952. He used the evalution from the United Nation and the World Bank to underlined the promotion of social well-being in the past 60 years in China: in the recent 25 years, 2/3 of the progress and accomplisment in poverty eradication should be accounted to China.

He also vividly defined the accomplishment of Guangdong Province in the past 60 years, especially the 30 years after the Reform with 6 historical leap : a historical leap from less developed agricultural province to the biggest economy nationally, from a semi-enclosed economic pattern to an all-dimensional opening pattern, from poor transport system to a perfect network of air, water and land transportation etc.

The GDP of Guangdong witnesses a rapid growth and it exceeded that of Singapore in 1998, Hong Kong in 2003 and Taiwan in 2007.

In speaking of the influence of the International financial crisis 2008 to Guangdong Province, Mr. Huang said, Guangdong Province was the most affected area in China. The provincial government took timely action and launched a series of remedical mesasures, the so-called Three promotions and one maintenance to maintain increase, ensure People's Livelihood and to keep stability.

There was a U-turn recovery that at the end of the first half year of 2009, the GDP of Guangdong Province sees a year-on-year increase of 7.1%, and an increase of 1.3% compared to the grwoth rate of the first quarter. It is predicted that the growth of GDP will continue in the first 9 months of 2009. 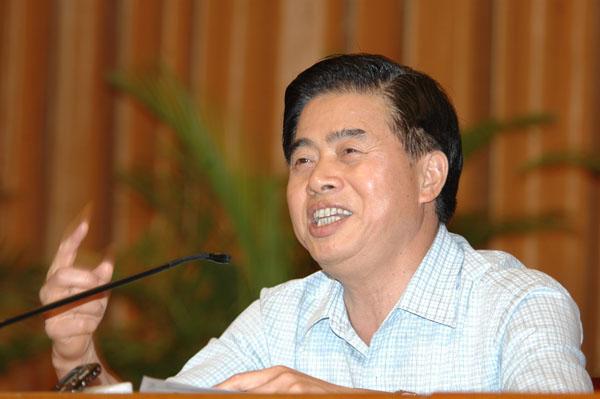