There is no evidence to suggest that the Change4Life initiative has helped to improve the eating habits or lifestyles of the most vulnerable people, according to one health expert. 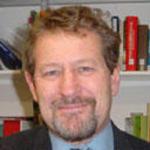 Speaking to FoodManufacture.co.uk after health secretary Andrew Lansley announced plans to progressively scale back the amount of taxpayers money spent on Change4Life", Professor Tom Sanders, head of nutritional sciences at King s College, London, said: Despite much well-meant intention, there is no evidence to suggest that Change4Life will deliver change in the vulnerable groups.

"Similarly, there is little evidence that the investment in the School Food Trust has paid off in terms of improving school meals. Indeed, it may have put more kids off eating them.

"It is reasonable to ask the question whether anyone has benefited from the last administration s programmes.

Sanders, who is a recognised expert on diet and cardiovascular health, added: There is not a shred of evidence to show that eating five portions of fruit and vegetables a day will decrease obesity, while the evaluations of the school fruit scheme do not indicate that it has changed fruit eating habits in the long-term.

Lansley mentions evidence-based interventions. This is in contrast to the previous administration, which was belief-based. I think he is right on not demonising foods.

"As nutritionists say, there is no such thing as good and bad foods, just good and bad diets. Dumping the idea of taxing foods on the basis of fat, salt and sugar content is also correct, it would be a regressive tax.

As for what legislators should be doing, he said, It would be more effective to outlaw vegetables oils containing more than 2% trans fatty acids than demand the labelling of food with trans fatty acid content, which would have a big burden on the food industry.

But consumers did need help in making food choices, especially when it came to ready meals, he said. For me the most important information not provided by traffic lights is calories per serving. It can also help if you are trying to control your salt and saturated fat intake.

He also agreed that we need to look at the way at which food and drink is marketed. The major retailers pay lip service to healthy eating but at the same time discount cheap alcohol and do BOGOFs on indulgence foods.

Ultimately, however, cultural change was key, he said: Lansley is right to be encouraging us to focus on health-related behaviour. It s the elephant that has been in the room, but everybody has been too politically correct to talk about.

There is a need to encourage individuals to want to look after their health and not pass the buck on to the state. There is a serious problem of obesity, alcohol abuse, smoking, sexually-transmitted disease and teenage pregnancy.

These are all symptomatic of a lack of concern about personal health. It seems perverse to worry about the sugar content of fizzy drinks when they are doing all this stuff.