5 million tons, accounting for 41 percent of total consumption; moreover, the National Grain and Oils Information Center gave a forecast that in the year of 2010/2011, the soybean import is expected to reach 52 million tons, which will hit a new record high. In the Fifth China International Oils and Oilseeds Conference held the other day, Liu Xingqiang, General Manager of Dalian Commodity Exchange, particularized a set of data, which were attached importance to by relevant people in the industry. 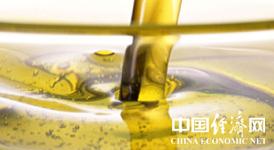 These factors indicate that in the new situation of increasing scale of commodity circulation, continual growth of international trade, and increasingly interlinked global economy, it has become a concern of many businesses as how to prevent and control risks in the future,. Liu Xingqiang said, the futures market is an effective tool for a business to prevent and control the market risks. To achieve solid development, the futures is an essential tool for a corporation.

In recent years, the price fluctuation of oils and oilseeds increases, while the futures market provides important protection for many businesses to avoid and control risks. For example, in the period of international financial crisis of 2008, the soybean price has ever fallen from more than RMB5,800 yuan per ton to more than RMB3,000 yuan in just one month plus, but many enterprises have successfully passed the test through the hedging transactions between the futures market and the spot market.

Today, the function and role of the futures market in preventing and controlling risks have been increasingly recognized by relevant enterprises.

Liu Xingqiang introduced that over the years, the serial varieties of oils and oilseeds has remained stable operation in Dalian's futures market and continued to maintain an important position in the market structure of Dalian Commodity Exchange (DCE). As of the end of October this year, the total trading volume of oils and oilseeds varieties in DCE was 450 million hands, accounting for 76 percent in the whole DCE market, with a turnover of RMB23.

Therefore we can say that the oils and oilseeds variety is one of the most important and most mature plates in DCE. However, many of China's companies in oils and oilseeds industry are still lacking of the cognition and understanding of the market and unfamiliar with handling and applying the market instruments; they need to grow up in terms of the knowledge and professional skills further.

Compared with the participation level of corporate enterprises in globally mature market, Dalian s futures market still has a long way to catch up, reflecting that the ability and level of domestic companies in using the tool of futures remain to be improved.

Chang Muping, Deputy General Manager of Oil and Grease Department of China Agri-industries Holdings Limited, said that the processing industry must conduct hedging activities and establish a risk management system. With the factors, especially uncontrollable factors, such as the price changes in the international market and the weather, that influence the market price increasing, people tend to be left behind the market changes when judging the future market.

Therefore, related enterprises and institutions in oils and oilseeds market in China should maintain a clear understanding and prepare properly for the prevention and control of risks in the complicated market situation at home and abroad,.

Jiang Yang, Assistant to the Chairman of China Securities Regulatory Commission (CSRC), said that China's futures market is standing in a critical period of transformation from the scale expansion to the quality improvement, and the conditions for futures market to serve the development of national economy at a higher level are prepared.

The trading volume of them over the first 10 months this year totaled 469 million hands, with a turnover of RMB24.23 trillion yuan, accounting for 19.35 percent and 13.91 percent of those of the national commodity futures markets respectively. The oils and oilseeds variety has become an important part of the futures market in China.

The oils and oilseeds are also closely connected with the rural economy, farmers' income and agricultural development. In the current situation, the function of oils and oilseeds futures on price discovery has provided the signal and basis for relevant decision-making departments and played an important role in helping farmers and spot enterprises to lock risks, stabilize income, and promoting the healthy development of oils and oilseeds industry.