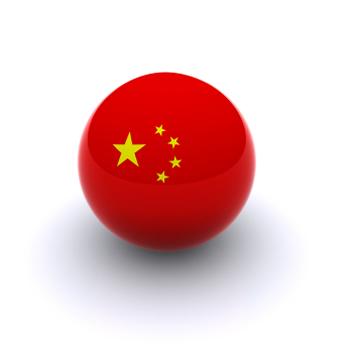 China factor at work on metals markets
The market needed a healthy correction from these fantastic gains and late January has been the time for it possibly compounded by the Chinese New Year holidays beginning February 14, 2010. Rising stockpiles in the LME warehouses have also contributed to the correction in base metals.

As usual, the drop in metal prices is accompanied by a strong U.S. dollar as the speculative funds and investors divest themselves of commodities and stocks to buy U.S. dollars, a well-established market play that continues to reward the big speculators regardless of the fundamentals.

The current slide in commodities and stock markets was ignited by China's announcement on January 13, 2010 that it would tighten the banks' reserve requirements by of a percentage point which is perceived as a sign of further monetary tightening creating fear that the Chinese economy will slow further cutting off global recovery.

China's economy grew at only 6% in 2009 furthering the belief that China's growth is slowing. The basic fundamentals of supply and demand argue for China and India to continue their modernization and put further pressure on demand for metals.

Those same fundamentals as well as the following list are the basis for our continuing emphasis on a 30 year bull market:

Iron production and sales continue to escalate as major producers such as Rio Tinto (ASX: RIO), BHP Billiton (ASX: BHP) and Fortescue Metals Group (ASX: FMG) step up the world production of iron in 2010 and 2011. China now consumes over 50% of all iron production.

China Investment Corp., a Sovereign wealth fund, has invested approximately $50 billion in mining as the $300 billion dollar fund moves out of the financial sector.

Other Sovereign funds are shifting portfolios away from financials to commodities and natural resources. Vast sums of 10's of billions of dollars are and will be invested in mining related activities.

Gold continues to be the first choice by wealthy individuals (and now funds) as a safe haven. Commodities, especially metal, are now beginning to attract these same investors.

New mines can take up to eight years to develop which will restrict the supply side.

The Western world appears to be intent on stifling the development of new mines rather than encouraging investment. In today's world, mining companies have proven to be good corporate citizens concerned about the environment, the creation of jobs, and adding to the wealth of their jurisdictions.

To continue to stifle the advancement of mining in the free world only makes us vulnerable and dependent on more hostile countries that are building their minerals wealth.

China will become more aggressive in securing mineral resources off shore for their decades of modernization. India will soon become a serious competitor with China in this regard.

Idled mine capacity has now been reinstated with existing brownfield operation (especially in iron and manganese) substantially maximizing production.

Large LME stocks of metals work well for the major consumer China to mediate the rise and volatility of base metal prices, otherwise China could purchase those stockpiles with ease.

If we monitor and follow the lead that China is adopting there should be little doubt that China is concerned about future supply and taking steps to secure the metals it requires offshore.

2009 has been the best year for commodities since the early 1970's as the vastly oversold sector from precious, base and specialty metals rapidly appreciated in price reversing the fortunes of some of our largest mining giants around the world as well as focusing attention on the continuing demand by China for all metals.

The realization that gold is the safest haven in these economic times has finally crystallized and will underpin the gold market for years to come. China is again taking the lead not only in world gold production but consumption as well.

China narrowly beat out India in household consumption at 432 tonnes versus 422 tonnes. Now that China encourages its citizens to invest in precious metals as well as central bank purchases it will be a driving force in the future price of gold.

More and more central banks are increasing their purchases of gold as western banks are selling less. The fundamentals of supply and demand have had demand overpowering supply and only central bank selling has filled this short fall.

There will come a time when the only gold available for sale will be from producers with receding production and reserves, who will want to sell their gold assets and for what? ...Paper? Dehedging of gold also will put upward pressure on the gold price as the total world hedge book drops to 11.5 million ounces.

North American gold financings came close to $20 billion in 2009, not accounting for base and specialty metal financings. This is the tip of the iceberg when you think of huge amounts of cash from individuals, institutions, sovereign funds and now China's mandate for their resource companies to invest offshore, all to be utilized by metal companies in exploration, development and production.

Although the metal prices have been correcting for the past few weeks with the indication the bottom has been reached, on January 29, 2010 the prices are all up with the exception of molybdenum since my last letter dated August 5, 2009.

China has been cutting exports of rare earth metals for several years and the threat of further reductions in rare earths could compromise the growth of the green economy. The western world is on notice that their reliance on China is coming to an end.

As China builds out its own economy and requires more and more metals including rare earths one must assume those days are not too distant when strategic metals will no longer be available for export.

Not that China is trying to squeeze the West, but will no longer have the capacity to meet their own needs. The US Government has addressed the situation by providing incentives for industry (Restart Bill) to locate and develop their own resources of rare metals.

In the U.S. the time it takes to permit and construct new developments may not coincide with the closing of the door to export from China. This will create a desperate scenario for crucial sectors of our economic advancement.

Are rare earths the only segment which could become affected if China's need for metal continues to grow? There are other strategic metals that are controlled by China that should also raise alarm bells with the rest of the world and could affect our standard of living, progression of manufacturing, the military and economy as a whole.

China depends on the rest of the world for their supply of iron, manganese, copper and oil just to name a few where they have inadequate production. Some of the metals that China exports and controls as well as rare earths are electrolytic manganese and magnesium.

The Chinese production of electrolytic manganese metal (EMM) from dwindling low grade domestic resources of manganese with a production cost of approximately US$0.95/lb. to produce.

China produces 97.44% of the worlds' supply of 2.5 billion lbs. per year. Electrolytic manganese production and demand have grown 26%/year for six years up until 2008. Outside of China the rest of the world utilizes approximately 350,000 T's (770 million lbs. per year). The world is almost totally dependent on China for their EMM requirements.

EMM's greatest use is in upgrading alloys of steel 47%, aluminum industry 32% and electronics such as batteries 14%.

Magnesium China controls 78% of the worlds' magnesium utilized in strengthening and weight reduction in fabricating steel.

The Rare Earth metal scarcity shows how quickly the world could be turned into turmoil. We should be concerned about this and the other critical aspects of strategic metals that one country monopolizes.

The prices of these metals will obviously go much higher either through price increases or higher export duties.

Earlier I talked about the increasing demand for iron for steel fabrication. As steel production increases it will create a demand for specialty metals thereby positively affecting the prices of all strategic metals including the three "M's", Manganese, Magnesium and Molybdenum as well as cobalt, niobium, tungsten, vanadium and titanium.

Production and prices of the three "M's" are:

The general direction for all metals, precious, base and specialty will continue upward as more money than we have ever experienced chases metal commodities and metal stocks while production and reserves dwindle.

If you need any more details of the above news and/or products, please visit Chinatungsten Online, or contact us directly.
Disclaimer: The article is only reflecting the opinions of the author. We have no responsibility to prove the originality and authenticity of the content, words and/or pictures. You readers should just take it as reference and check the details by yourselves. And the content is not a suggestion for investment decision. The investor takes his or her own risks if he or she operates accordingly. If you have any dissent about the contents above, please contact the relevant author, or the webmaster. We will try our best to assist the dealing of the related issues. Thanks for your visit and cooperation.