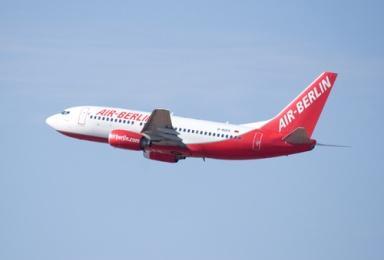 A suspect bomb package was found checked into a suitcase on an Air Berlin flight bound for Munich. The German Federal Police intercepted the package at Windhoek airport in Namibia, according to a report in eTurboNews. An X-ray revealed batteries attached by wires to a detonator and ticking clock.
The flight was delayed by several hours but eventually landed safely.
According to a statement by Karl Peter Bruch, interior minister of Rheinland-Pfalz, there were concrete indications that the cities of Berlin, Munich, Hamburg and the Ruhr Valley were likely targets of terrorist attacks.