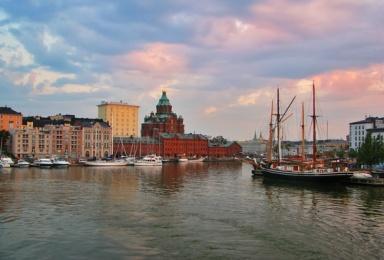 Helsinki expects 2010 to be the best year ever, in terms of tourism. The City of Helsinki Tourist and Convention Bureau stated visitors from the USA and Japan grew by 10% respectively in the period till September, as compared to same time last year, according to a report in eTravel Blackboard. The number of Australian visitors to Helsinki has also risen by 13.4% in the year to September 2010, year-on-year.
A total of 247 cruise ships carrying 340,000 cruise passengers from 143-countries visited the city in the April-to-October 2010 cruise season. Helsinki is beating the average bed night growth for its European counterparts set at seven per cent, according to European Cities Marketing. Visitors from Russia, Germany, Great Britain, Sweden, USA and Japan account for 55%of all bed nights in the city.