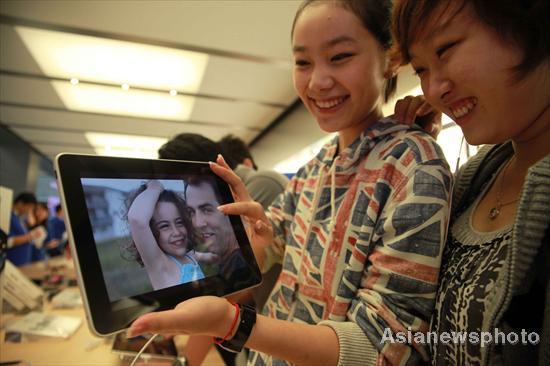 BEIJING - Huang Weijia was hoping that prices of the iPad would keep dropping following the release of the new iPad 2 earlier this month.

But her expectations were not realized because the price for the iPad rebounded to 3,300 yuan from its lowest 2,800 yuan due to a squeeze in the supply chain of some key parts of the iPad following the massive earthquake in Japan on March 11.

"One of the key parts of the iPad, the flash memory chip, was made in Japan. The earthquake disrupted the supply and prices have been rising steadily," said Jiang Shaoming, a salesman of Apple products in Zhongguancun in Beijing, China's Silicon Valley.

He said the 16GB iPad had been running out of stock in many stores.