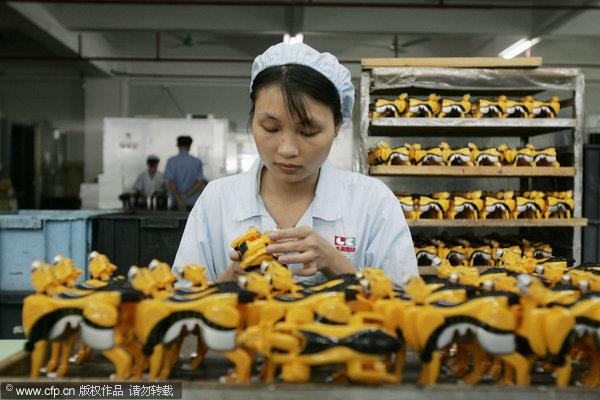 A worker assembles toys at a factory in Dongguan, Guangdong Province. [CFP]

The new European directive on toy safety came into force yesterday and has caused concern for many Chinese manufacturers over rising costs and shrinking profits.

The European Union's Council Directive on the safety of toys limits the use of 19 types of heavy metals, while only eight types were in the previous regulations.

Seen by many toy makers as the "toughest regulation" so far, the new regulation also forbids the use of 55 allergenic fragrances and limits the use of 11 others for the first time.

Many Chinese manufacturers believe the implementation of the new directive will push up their costs and squeeze their profit margins.