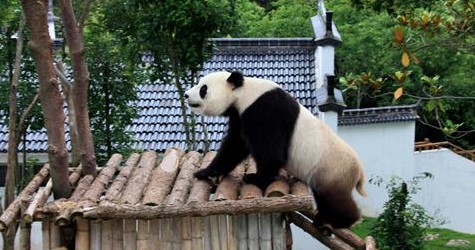 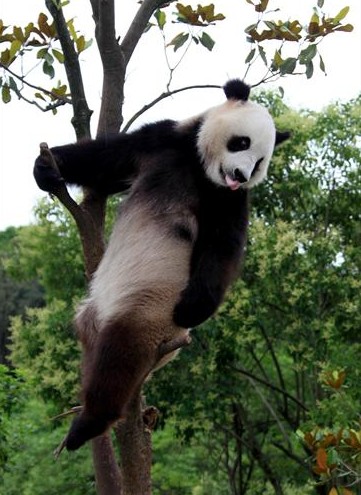 A panda sticks his tongue out while climbing a tree at an ecological park in Xiuning, Anhui province, June 13, 2011. Heavy rains battered Xiuning from June 9 to June 11, causing floods in the region. The three pandas at the ecological park were well protected from the rain. [Photo/Asianewsphoto]