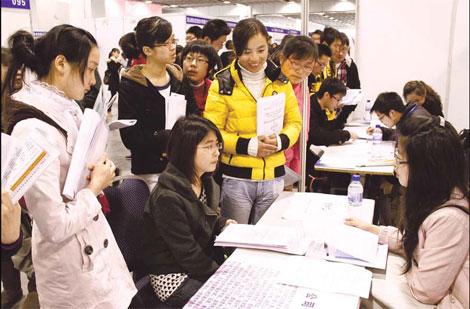 Following the example of 360buy.com and dangdang.com, the leading online shopping websites in China, Alibaba, the Hangzhou-based business portal, is building its own logistics platform in partnership with China Post's Zhejiang branch.

According to the contract signed by the partners on April 26, the logistics portal caters mainly for the small and medium-sized companies that are doing business on Alibaba's other platforms. The new service provides logistics support to exporters and retailers. Such services include storage and distribution at the ports in Zhejiang.

The first step of the cooperation is providing an international delivery service to the customers of aliexpress.com, an affiliated company of Alibaba.

"The construction work will be undertaken by both companies. A designated part of the storage will be given to Alibaba according to our need," said Liu.

The year 2010 has seen e-commerce companies mushroom in China. The New York-based financial services firm Morgan Stanley released a report on April 15 that the e-commerce industry has boomed in recent years and is expected to grow by 70 to 75 percent over the next three years.

The Hangzhou-based e-commerce information provider China e-Business Research Center has also calculated that the number of e-commerce companies grew to 9,200 on the Chinese mainland in 2010, up 21.3 percent from 2009. As the leading company in this industry, Alibaba, takes up 63.5 percent of the mainland market share while the second largest company, Hong Kong-based Global Sources, has 5.3 percent.

"It is a clear trend now that e-commerce companies are starting to set up their logistics systems after they have secured their information and capital systems," said Zhang Zhouping, assistant researcher at China e-Business Research Center.

"Alibaba started to seek cooperation at the end of last year, saying that it will invest some 10 billion yuan ($1.5 billion) to set up its own logistics network. Only large companies such as Alibaba are financially capable of doing this," he said.

Looking globally, e-commerce giants such as eBay have not sought to expand into the logistics industry. This has raised questions over the reason for Alibaba cooperating with China Post's Zhejiang branch. One suggestion is that Alibaba learned hard lessons when a number of delivery companies walked out demanding higher pay earlier this year. If Alibaba had its own distribution system it could prevent the same situation from happening again.

Liu immediately denied this. "We are weaving the logistics net for our customers," he said.

"If customers seek their own logistics channels, it will be more difficult for them to reach a favorable price. In other words, the cost will be higher. It is also hard to guarantee the quality. But as a company which is doing the same thing in bulk, the price is certain to be more reasonable."

Zhang further explained that there is no precedent in other countries because the delivery industry there can keep up with the development of e-commerce companies. But it is quite another story in China.

"Meanwhile, business-to-business (B2B) companies such as Global Sources usually do not set up their own logistics systems. Alibaba is setting one up because it has a huge affiliated business-to-customer (B2C) retail website, Taobao.com, which requires a highly efficient logistics system," Zhang added.

Coincidentally, Zhejiang, where the company is based, is attaching more importance to the development of logistics. During the 11th Five-Year Plan period (2006-2010), the number of logistics companies grew by 15.2 percent and sales in the logistics industry increased by 16.3 percent.

According to He Dengcai, deputy director of China Federation of Logistics and Purchasing, the logistics industry should make up some 7 percent of a region's gross domestic product (GDP) and 16 percent of its service industry to make it the pillar industry.

Zhejiang is aiming high. The provincial government wrote in its government work plan for the 12th Five-Year period (2011-2015) that logistics should become a pillar industry in five years. Sales in the logistics industry should increase by 373.3 billion yuan, making up 9.1 percent of the province's GDP.

"It seems that Alibaba has good timing. Because the local government is attaching more importance to the logistics industry, it can be predicted that it will come out with some favorable conditions to help the industry boom in this area," Zhang said.

Although the market did not show much confidence in the cooperation, with Alibaba's share price dropping 0.85 percent to HK$14.06 on the day that the two companies signed the contract, the company is still optimistic about the two giants working together.