French President Sarkozy's e-G8 Forum indicates that the debate on Internet governance has shifted from broader concerns such as social justice and the unrestricted sharing of knowledge, to a narrow concern with technology and markets. While the 2003-2005 World Summit on Information Society and subsequent forums acknowledged, at least in name, the importance of a multi-stakeholder approach to building an inclusive information society, and a bottom-up democratic approach designed to serve the interests of the global public, the e-G8 Forum casts aside these earlier achievements and ends up approaching the issues from back to front. 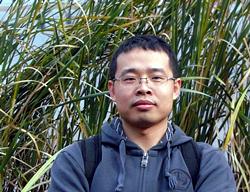 The forum shrinks the role of the Internet back to the outdated neo-liberal slogan of "accelerating growth". It is a sign that the Internet, formerly the world's freest medium, is increasingly succumbing to control by states and global corporations. President Sarkozy's re-positioning of the Internet appears understandable against a background of global economic worries. But the opposing arguments carry more weight. The Internet is a core infrastructure for better communication that is too important to be compromised and monopolized by a state-market coalition, particularly against a background in which underprivileged groups and countries need more than ever to make their voices heard and world citizens need to mobilize and coordinate their actions on issues such as climate change.

One of the essential features of the current media landscape is the ability of the Internet to integrate, at no or little cost, with both traditional media platforms and new media such as mobile phones. In online activism against illegal land seizures and chemical pollution in some Chinese provinces, we have seen net users mobilizing all kinds of language resources, Chinese and foreign, to serve their purpose. Net users may post a video from popular video site Tudou.com in online forum Tianya.cn which is then picked up by China Central Television. It would be hard to imagine this happening if this chain of media integration lost its flexibility due to state intervention, stricter copyright protection, or both.

In the online world, net users change early literary works and accounts of historical events by implanting new words to allow new articulations from the perspective of the present. The freedom to re-edit and mix music and movies has been an important feature of non-linear and transcending ways of thinking in the Internet era. Yet, in a French context, according to the HADOPI laws supported by President Sarkozy, the same behavior would probably lead to a revocation of Internet access. This gives new credence to the belief that part of the secret of state and market censorship lies in their blocking of the free flow of information, especially audio-visual material.

If it is too much for us to expect that the Internet will liberate traditional media from its state and commercial restraints, there is at least chance for us to prevent the Internet from suffering the same fate as traditional media. Despite the attendance of prominent figures like John Perry Parlow and Lawrence Lessig, this e-G8 Forum looks like it is pushing Internet governance further away from grassroots participation. Neither does it give credit to previous EU positions. On June 27-28, 2005, the EU Council of Ministers held in Luxembourg outlined its position on Internet governance by proposing a public-private co-operation model. The 2011 e-G8 indicates that the old public-private co-operation model which legitimated grassroots input is being replaced by a state-private co-operation model. This is a clear set-back in the battle for democratic governance of the Internet.

The author is an associate professor with the Communication University of China.

Opinion articles reflect the views of their authors, not necessarily those of China.org.cn.