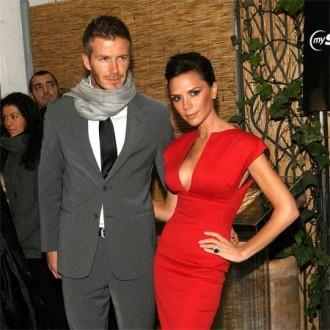 Victoria Beckham is set to start her own modelling agency.

The singer-turned-designer - who already has her own successful fashion label - is reportedly in talks with her manager Simon Fuller to set up a new business venture in New York.

A source said: "Simon knows that Victoria is very savvy when it comes to fashion. His first foray into fashion was to team up designer Roland Mouret and Victoria, which was a huge success.

"Victoria is a key asset to Simon and he wants her to take on a major role."

Simon - who was the manger of Victoria's former group the Spice Girls - already has a 51 per cent controlling stake in London agency Storm Models and wants something similar in the US.

Meanwhile, Victoria's eldest son Brooklyn is about to embark on his first charity trip with Save The Children.

Brooklyn - her 10-year-old son with soccer star husband David Beckham - will visit poverty-stricken US state Kentucky after learning about it at his exclusive school in Los Angeles.

A source said: "Victoria and David sat down and had a chat with Brooklyn about charity and what good it could do and he completely got it.

"Victoria was thrilled Brooklyn wanted to go on the trip. The Beckhams want all three boys to have a real sense of value. She thinks it will help Brooklyn keep his feet on the ground too."

The couple - who live in Beverly Hills - have two other sons, Romeo, seven, and four-year-old Cruz.