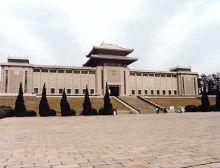 Locate adjacent door of Hanzhong in an ancient residence No. 88 of street of palace temple, this room is the landlord originally Li is presented with respect and covered first, new home come at a time peaceful army capture Nanjing, he abandon room and escape, here become east the intersection of king and Yang XiuQing following the intersection of administration and one the intersection of government and administration of officer complete. After being discovered in 1952, the city gentle tube will be repaired and protected immediately. On wall, screen door and the fifth plank wall and goal post that enter entered in this building third, keep 18 mural paintings with clear, beautiful in colour ink marks, is appraised by the Taiping Heavenly Kingdom s history expert Luo ErGang, confirm as the artistic work of period of the Taiping Heavenly Kingdom.
Mural painting prevail relatively, observe, store join the army diary in, record according to man at the the Taiping Heavenly Kingdom, ask that scribbles yellow in the door of government s administration has when the peaceful army are in Guangxi , to drawing dragon s tiger Mural painting,each time capture one and a one city county,draw a picture in wall, door, roof beam, square-column. Found a capital behind the Beijing, set up, go corner (today big military Luis) day Main decorative painting thing when embroidering by silk government,more by Hubei and Hunan Provinces the person who knows picture in the peaceful army For the backbone, take in folk painter, limner and painters of some court officials concurrently. The famous big good fortune with Yangzhou is auspicious, Zheng ChangChun, Li KuangJi, Yu Chan, Chen ChongGuang, Luo Qi in Anhui, bright red Yi in Zhejiang, Jiang Jian in Changzhou, square Mei Sheng in Wuxi, timid valley, let uncle to be annual to had relations with the Taiping Heavenly Kingdom.
The mural painting of the street of palace temple, through the caught in the rain and weatheredding of more than 130 years, some has already faded, peeled off, but there are heavy decorative paintings of Chinese ink of several pieces of water among them, have kept well.
the river sets up in the pavilion on day as describing swallows vitriol three times and hanging uniquly, reflect mountain one layer of hill and one pile of peaks in Qixia <<The cloud belt surrounded by mountains ); It is expanded that the brush stroke in Chinese painting and calligraphy is thick all without exception, the artistic conception is novel. Birds and flowers the intersection of beast and have " the the intersection of lotus and mandarin duck ", " the the intersection of willow and overcast horse ", " whether gold lion play with ball ", " the pairs of the intersection of deer and glossy ganoderma ", " peacock tree peony". Reflect first-elected " defends the river watchtower " of the subject matter of the military struggle directly. The watchtower department defends the building, is used for watching from a distance at ordinary times, reconnoiter the enemy movements, is used for commanding hitting out or sounding the retreat in wartime. The watchtower is five storeys high, prepare against four color flags, lights. In case of enemy movements, cite the flag in the daytime, light an oil lamp for number at night, far and near army and the people judge the position according to the signal, the goal is accurate, are hit out fast, often win. The mural painting reflect the intersection of Beijing and army and the people posture safeguard actual scene of security of capital in order to fight constantly day vividly, have higher history and artistic value.