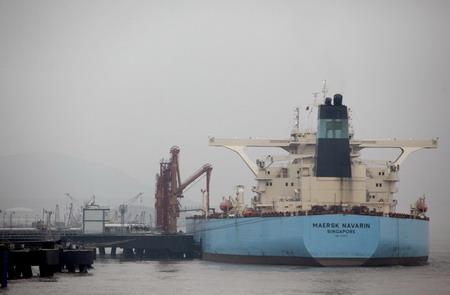 SHANGHAI - Most publicly traded Chinese firms have so far posted encouraging first-quarter results, indicating that the nation's economy is moving in the right direction, analysts said, predicting that this will cheer up the tepid stock market.

Shenzhen-listed Guangdong Greatoo Molds Inc, one of China's largest radial tire mold manufacturers, saw its sales jump 25 times in the first three months of 2010 from a year earlier, lifting the curtain on the quarterly results season.

Greatoo's first-quarter net profit skyrocketed 95.2 percent to 18.56 million yuan ($2.72 million). Earnings per share (EPS) stood at 0.07 yuan, up 75 percent year-on year, according to the company's statement to the Shenzhen Stock Exchange on Thursday.

Analysts said the first two results surpassed their estimates, even though most had already projected earnings growth in the light of the economic recovery.

Almost 90 percent of the 66 listed companies that had released their first-quarter preliminary results by April 5 showed positive growth in the reported period, according to China Securities Journal. Half of these companies expected to double their net profit compared to the same period in 2009, with five firms having a more than 10-fold increase in net profit.

All listed companies on the mainland's two bourses are required to release their first-quarter earnings by April 30. There is broad consensus in the market that Chinese firms' earnings in 2010 will significantly outperform those in 2009, when the domestic economy was hindered by the global recession.

Substantial credit support in the first quarter for listed firms also contributed to the rapid earnings growth, even though this has been trimmed this year, said Zhang Fan, an analyst with Tebon Securities in Shanghai.

Zhang estimated that the total credit volume in 2010 will exceed 8.8 trillion yuan, higher than the average in the past years excluding 2009, when the figure was abnormally high due to the global economic crisis.

The country's benchmark Shanghai Composite Index edged up 0.85 percent to close at 3145.4 on Friday.

The gauge has accumulatively dipped 4.02 percent this year, the most among the world's major stock markets, amid concerns that a decline in credit growth would slow the expansion of the world's third-largest economy.

Sectors like engineering, chemicals and pharmaceuticals will take the lead. In addition, buoyed by mounting overseas demand in the first quarter, the high-tech sector will also grow, Yang s aid.

"The market will not see strong advances during the quarterly reporting season, but will become quite active," Yang said, adding that the government will use macroeconomic measures to prevent the market from overheating.