Write: Hoshi [2011-05-20]
Tags: shopping online
New figures from the IMRG Capgemini e-Retail Sales Index show that UK shoppers spent over £26.5 billion online in the first six months of 2008 despite the credit crunch – up 38% on the £19.2 billion recorded for the first half of 2007. Capgemini and IMRG report that for the first half of 2008, 17p in every pound was spent online. This is roughly equivalent to half of all supermarket sales and larger than all retail sales for clothing and footwear2. The Index shows that online sales are proving resilient to tough trading conditions as frugal shoppers seek to make the most of their available income away from the high street.

Mike Petevinos, Head of Consulting for Retail for Capgemini UK, said: “Whilst online retail is not immune to the credit crunch, it is showing greater resilience than the high street. The online channel continues to grow its share of retail spend thanks to the traditional drivers of convenience and choice but these drivers appear to be magnified by the current economic environment. Convenience has a sharper edge in a world of soaring fuel prices and the ability to research and make more informed choices in a time of heightened price sensitivity is a key advantage of the online channel. 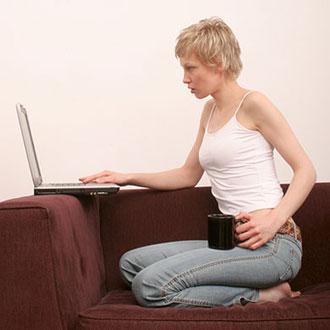 We predict between 30 and 50% of all retail will be online in the next five years as new drivers, such as sustainability, are added to the mix. This is because as online reaches a 20% of all retail sales, retailers experience a tipping point which forces them to seriously re-think the future viability of their business model. We have seen this happen for books, music/DVDs and electricals and as the industry as a whole reaches this tipping point in 2008, more categories are sure to follow.”

Over the past six months, IMRG and Capgemini have seen a pronounced increase in sales at the top end and bottom end of the online retail market, indicating that consumers are shopping smarter – buying everyday items at discount retailers whilst adding a touch of luxury with select items from high-end retail outlets. This is further backed up by recent research which found that UK internet visits since June 2007 to mid-market online retailers have fallen by 6%, while visits to lower-end retailers, such as Primark, have increased by 12% and visits to high-end retailers, including Harrods, increased by 14% over the last 12 months3.
James Roper, Chief Executive and Founder of IMRG, said: “Online shopping growth continues to out-perform the high street, as tight budgets and poor weather keep people at home where they can shop online for bargains. Clothing and footwear sales were the biggest losers in physical stores in June, with sales either flat or lower than last year despite heavy and widespread discounting.
Online however they were big winners; internet clothing sales were up 32%, while lingerie sales rose by 37% and footwear 38%. Online retail is benefiting from a general desire to shift to more sustainable shopping patterns. According to research from the IMRG, 56% of people believe shopping online is more environmentally friendly in comparison to the high street. In turn, Capgemini’s recent ‘Future Supply Chain’ report reveals that many retailers are examining the possibility of sharing deliveries and merging supply chains to combat rising fuel costs and “green” their business models.
Sales for clothing online have enjoyed high levels of growth for 2008 – with £1.76 billion spent on clothes online by UK shoppers in the first half 2008. Of particular note, shoppers spent a record amount on clothes in March this year – a month-on-month growth of 21.8% and 31.2% more than March 2007.
James Roper commented: “Smart high street retailers across all categories are now using the internet to cope with the challenging and changing market conditions. A growing number of them are using their stores to enhance their online customers' experience, for example by enabling in-store pickup and returns, which often generate supplementary sales, as well as much-needed footfall.”