Functional foods at a crossroads

Functional foods at a crossroads 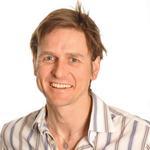 Watching recent actions by scientific agencies, regulators and industry players themselves of late, one might be forgiven for thinking that the functional foods dream is falling a little short of the reality.

We re talking about the biggest food companies in the world being told the claims that help sell some of their foods are deceptive and misleading. Nestl . Mars-owned Wrigley. The Kellogg company. Danone. General Mills. And them agreeing to change or withdraw the claims.

Nestl and Kellogg s of late have had their wrists slapped by the increasingly active US Federal Trade Commission over immunity claims aimed at kids. Both issued statements saying in essence, We did nothing wrong, stand by the claims, but will change the claims as the FTC wishes.

Er sorry but why go along with it if you stand by the science? Are the claims false or not? Is the science there or not? Do these products (a probiotic drink and an antioxidant-boosted cereal) work or not?

If Dannon s probiotic yogurts boost gut health and immunity why settle a class action by agreeing to change the claims and set up a $35m fund for unhappy consumers to drain? Ditto for Wrigley s bad breath-beating gum ($7m fund and withdrawn claims).

It is well known that fighting class actions can be more detrimental than trying to win them and a settlement is not necessarily an admission of guilt, but it doesn t look good does it from a PR point of view however you dress it up?

Same with last week s FTC- Nestl settlement which was a big story in the mainstream press including the New York Times.

Remember, we re not talking about rogue players operating from an oil rig somewhere in the deep Atlantic making spurious internet claims about a thermogenic nutrient extracted from the bowels of an unpronounceable Icelandic volcano that can cure cancer, enhance sexual performance, increase lifespan by 47 per cent and facilitate levitation.

These companies have spent many millions on the science and the marketing of that science.

The problem for this business model is that around the world product claim-making is coming under ever-closer scrutiny, with a new and highly strict health claims regime in the European Union highlighting the new status quo. Functional food and ingredient development has almost ground to a halt as a result. If you can t market a food on its supposed added health benefit why bother developing the ingredients at all?

But critics of Europe s new system insist the claims are failing because the European Food Safety Authority (EFSA) is interpreting the science in a medicinal way that is inappropriate to nutrients designed to promote health and wellness nutrients no prevent disease.

In the US the recent FTC actions coupled with those of the US Food and Drug Administration which in February issued warning letters to 17 food companies including pomegranate leader, POM Wonderful over various health claims, signals a tighter claims environment in the US.

How much science is enough?

So what s it to be then? Do these foods (and supplements) have health benefits or not?

Does the problem lie with the nutrition science itself (not enough clinically backed, human intervention trial-demonstrated, positive associations), or the way the science is being interpreted by regulators and companies that wish to express some of that science in their marketing materials?

As is the case with most scientific conclusions, they are rarely 100 per cent conclusive, so you then reach a point where difficult questions arise: How much science is enough? and What kind of science is appropriate to prove a nutrient-health relation?

In its settlement with Nestl last week the FTC entered into the, what is significant scientific agreement? debate by insisting that for future claims-making Nestl must possess, at least two adequate and well-controlled human clinical studies of the product . Any claims must also be pre-approved by the Food and Drug Administration for the first time.

These requirements relate only to Nestl but are expected to be cited by the FTC in future cases. It will be interesting to see the application of that.

In the meantime, given the substantial body of nutrition science that does exist, the reasons for, and consequences of, any breakdown in healthy food messaging should be examined and soon.

Because while the cynical will argue the kind of messaging the FTC, FDA and EFSA have cracked down on is exploitative and purely profit driven, there is much evidence backing the contribution functional foods and supplements can make to public health.

But how can that science be understood in the law and the market place?