July CPI expected to stay above 6%

July CPI expected to stay above 6%

Follow the stock market. Get the updates you need to make sense of the dynamic, global economy. China.org.cn brings you the economic highlights for this week: 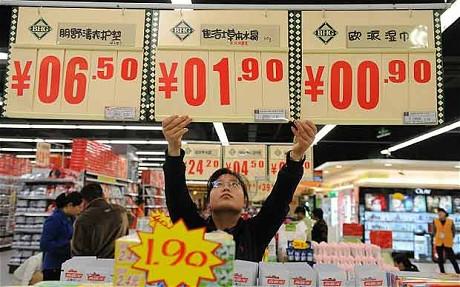 July CPI is expected to exceed 6 percent, according to analysts.


China's July consumer price index is expected to remain above 6 percent, with a new peak coming in the second half of the year, according to analysts.

Fueled by rising food prices, Shenyin and Wanguo Securities said the CPI could reach as high as 6.7 percent, a 0.3 percent increase over June.

Industrial Bank had a similar estimate. "It is very hard to keep the CPI for the year to under 5 percent," said Lu Zhengwei, a chief economist at Industrial Bank.

The Bank of Communications had a more optimistic outlook, saying the pressure of rising food prices "has been relieved a little" and carryover effects in the latter half of 2011 will "decrease to zero."

"It is estimated that the third quarter is the inflection point and fourth quarter's commodities prices will decrease," said Tang Jianwei, a senior economist at the Bank of Communications.

Official statistics for China's July CPI will be published tomorrow.