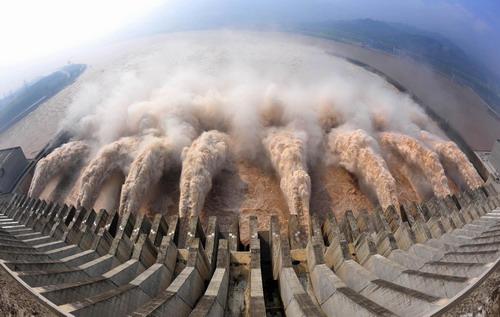 The Chinese equity market has been dominated by smaller issues so far in 2011, following a hectic 2010 that saw a slew of mega IPOs by companies like Agricultural Bank of China and China Everbright Bank .

"Investors are relatively cool-headed under current circumstances, so that the IPO market should be less frothy," said Wu Binhua, an analyst at Hwabao Securities.

"When the market was hot, many IPOs were over-priced and clearly there was a bubble. I don't expect to see lofty valuations on major IPOs these days," Wu said.

Founder Securities, the Chinese partner of Credit Suisse, has set a suggested price target to raise up to 6.42 billion yuan ($996 million) from its planned Shanghai IPO, IFR reported on Tuesday.

Sinohydro plans to issue up to 3.5 billion new shares to fund projects totaling 17.3 billion yuan, it said in a draft IPO prospectus on Tuesday. It will not be clear how much Sinohydro will raise until it sets its IPO price.

The China Securities Regulatory Commission (CSRC) said it would review the company's IPO application on Friday.

The new issue would represent close to 35 percent of its expanded share capital, with the funds being used for equipment purchases and investments in clean energy projects, it said.

Sinohydro is a leading dam builder in China, having built 65 percent of the medium and large-sized dams in the country, including the Three Gorges dam on the Yangtze river and the Xiaolangdi dam on the Yellow River.

As part of an overseas expansion drive, the firm has taken on projects in Malaysia, Sudan, Laos and Ghana, according to the company's website.

It is also involved in other infrastructure projects, including the recently launched Beijing-Shanghai high-speed rail link, it said on its website.

China Securities Co and Bank of China International are the lead underwriters for the listing.