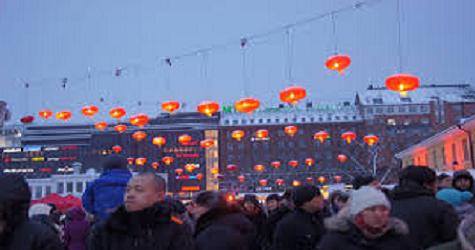 China’s Tourism Academy predicts that tourists during Spring Festival this year will number up to 225 million. Tourism revenues are expected to surge to 130 billion yuan.

“Since last year, more families have chosen to go travelling during Spring Festival. They also travel earlier, choosing the first days of Spring Festival to go on trips, instead of later in the holiday.” Yu Zirong, Deputy General Manager of China Int'l Travel Service, Shanxi, said.

Yu Zirong also said the volume of individual and small group travel during Spring Festival has risen by about 30% over last year.

“We’ve launched special promotions for Spring Festival. Many customers have chosen to spend the holiday in Britain, where special activities for the Chinese New Year will be held. Others choose to go to southern cities in China, such as Lijiang and Xiamen.” Said Zhao Dayang, E-commerce Manager of China Int'l Travel Service, Shanxi.

Many local travel agencies said the price of travelling during Spring Festival is usually 20% to 70% higher than the rest of the year.

According to China Tourism Academy, South East Asia and North America are among the most popular destinations for outbound trips, while southern and northeast provinces top the list for domestic trips.

But with Chinese increasingly opting for international destinations, the number of domestic travellers dropped by 2.5% in 2013.