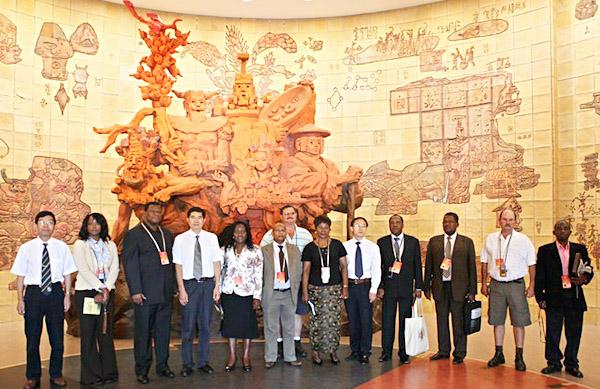 During their visit, the representatives showed great interest in China s agricultural history and culture and marveled at the Dujiangyan Irrigation System built more than two thousand years ago.

Vice President Mujuru and other distinguished guests were warmly received and presented souvenirs of Picture of Farming and Weaving in Ancient China, etc. by a team of China Agricultural Museum led by Shen Zhenzhao, Secretary of the Party Committee of the Museum, Tang Ke, Head of the Museum, and Zhang Lijun, Deputy Head of the Museum, joined by four interpreters from the Department of International Cooperation of the Ministry of Agriculture.