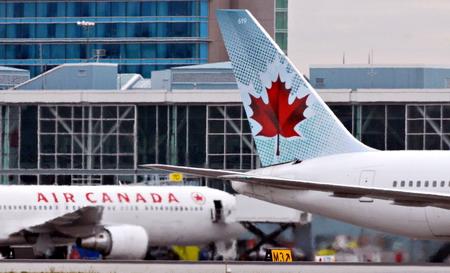 Air Canada's overall capacity will increase 4 to 6 percent this year, while Asia will see a more-than-10 percent rise in capacity.[Agencies]

BEIJING - Air Canada, the flag carrier of the North American country, said it will resume double daily services to Beijing and Shanghai in June and is planning to fly to Guangzhou in 2013 to cater to increasing travel demand between the two countries.

The Canadian carrier is expected to receive its first Boeing 787 Dreamliner in 2013 and is considering launching scheduled services between Guangzhou and Vancouver with a B787, the most fuel-efficient airliner built by Boeing, said Calin Rovinescu, chief executive officer (CEO) at Air Canada.

The Guangzhou service would make Air Canada the first North American airline to serve the southern city in the Pearl River Delta.

"China is amongst the most important international markets for us. The increased capacity to Beijing and Shanghai is a large commitment of assets, over $1 billion of assets," Rovinescu said on Friday.

Rovinescu said the continued economic rebound in China made Air Canada "confident about taking a risk" by expanding capacity in China while the airline industry has just started to see signs of recovery from falling travel demand.

Another important driver is that the Chinese government granted Approved Destination Status (ADS) to Canada last December, he said. The ADS system simplifies visa application procedures for tourists and they can use ordinary passports to apply for tourist visas if they want to visit an approved country.

The number of Chinese tourists in Canada is expected to increase 50 percent annually by 2015 after ADS takes effect, according to figures from Conference Board of Canada.

Air Canada reduced its total capacity by 14 percent last year due to falling travel demand. Its overall capacity will increase 4 to 6 percent this year, while Asia will see a more-than-10 percent rise in capacity and China is seeing the biggest increase, about 25 percent, Rovinescu said.

"We are beginning to see a recovery. We have seen green sprouts coming from the ground," Rovinescu said.

International scheduled air traffic showed continued strengthening of demand in February. Passenger demand was up 9.5 percent year-on-year, while cargo demand grew 26.5 percent over 2009, according to figures from the International Air Transport Association (IATA).

"We are moving in the right direction. In two to three months, the industry should be back to pre-recession traffic levels. This is still not a full recovery. The task ahead is to adjust to two years of lost growth," said Giovanni Bisignani, IATA's director general and CEO.

IATA recently halved its forecast of the global airline industry loss for 2010 to $2.8 billion. The improvement is largely driven by a much stronger recovery in demand seen by year-end gains that continued into the first months of 2010, IATA said.

"I am cautiously optimistic about the scale and scope of a recovery. The industry is still fragile. Airlines are usually the first to go into a recession and also the last to come out of a recession. For us the indication that the recession is behind us is when businesses are becoming healthier and are able to buy higher fare products," Rovinescu said.