One of the most distinctive features of Taiwan's pavilion at the Expo 2010 Shanghai China is a spherical screen made with one million LEDs. 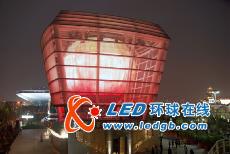 The diameter and weight of the screen are 16m and 130t, respectively. And Taiwan's natural environment and cultures are displayed on it.

Taiwan built a pavilion for a world exposition for the first time in 40 years since Expo '70 in Osaka Prefecture, Japan The Expo 2010 Shanghai China runs from May 1 to Oct 31, 2010. 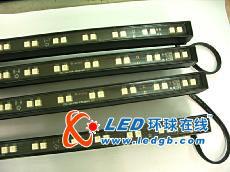 Opto Tech Corp, which is a business partner of Nichia Corp, designed and manufactured the LED screen. Opto Tech made rod-like LED modules by using Nichia's so-called 3-in-1 LEDs.

Opto Tech also made a tool to combine the rod-like LED modules into the spherical shape as well as a server to control the video output for the screen. The tool has a function to easily correct the position of reinforcing steel used as a base to which LED modules are attached, the company said.