Sponsored by the National Art Museum of China, a color modeling exhibition of Zhang Naiying entitled Charm of Clay is currently on display at Hall 6 since Oct. 10 until Oct. 18. The exhibition comprises a total of more than 100 works by Zhang Naiying, the successor of the fifth generation for the Clay Figure Zhang . 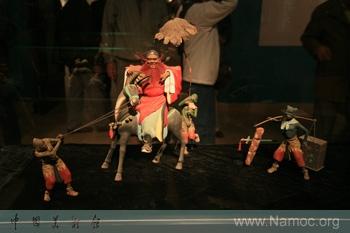 Clay Figure Zhang is a famous folk art in Tianjin dating from nearly 200 years ago. It was initiated by Zhang Mingshan (1826-1906), a folk artist of Tianjin, during Daoguang period in Qing Dynasty (1821-1851). Up until now, Clay Figure Zhang has six generations all through. The color modeling art has made breakthrough in the traditional sculpture on the tombs and the sculpture system on the religion, boasting a high technique in the realism.

The art has also developed a new style for the residents and represents a peak for the minority sculpture in the late Qing Dynasty. Meanwhile, the color modeling art boasts high artistic standards and great historical value with an irreplaceable role in the history of the Chinese art. 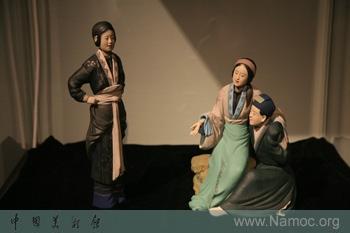 Most of the works of the first and the second generations are lost in overseas countries besides a few works collected in the Tianjin Art Museum, the Palace Museum and the Summer Palace. In addition to the long time, the clay works existed until now is rather scarce. In order to make records of such immortal masterpieces, the National Art Museum of China invited in 2004 Zhang Naiying to imitate these works in 2004. 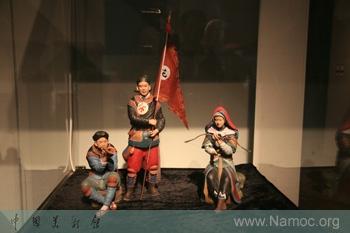 Born in 1943, Zhang Naiyiing learned from his father Zhang Min since childhood and has created excellent works based on his devotion and innovation. In 2007, Zhang Naiying donated imitated works on those by Zhang Mingshan and Zhang Yuting to the National Art Museum of China. The exhibits include all the 50 series of color modeling clay donated by Zhang Naiying. 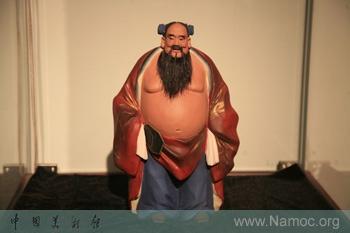 The exhibition is divided into three sections, namely, the charm, the elegance and the diligence, showcasing the copied works from Zhang Mingshan, Zhang Yuting and his own works.

It is of great value that Zhang Naiying showcases two precious original works of Clay Figure Zhang of the first and the second generation. 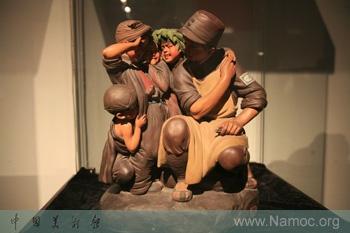