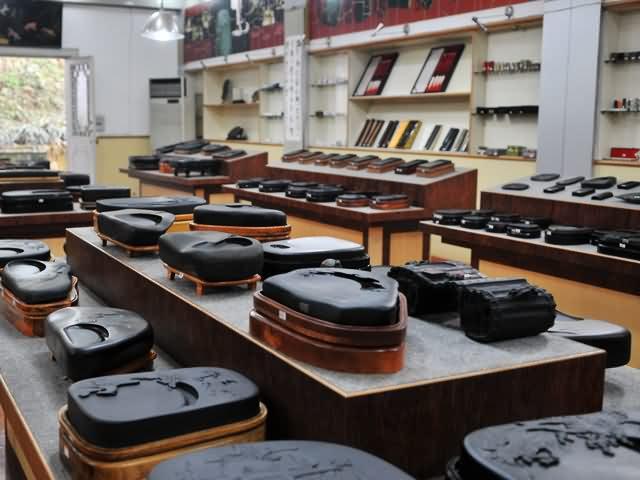 In dramatic scenes talking about people's lives in ancient China, it is common to see a black stick is ground against an ink stone with a little water to produce ink for painting and calligraphy. The stick is the ink stick, one of the most important stationary items in Chinese traditional culture.
Ink sticks produced in east China's Anhui Province are considered to be the finest in the world, and are called Hui Ink sticks. First opened in 1782, during the reign of Emperor Qianlong of Qing Dynasty, Hu Kaiwen Ink Factory is the oldest and most famous factory for Hui Ink in China, where visitors can see the whole working process of ink sticks.
The original factory buildings are still there as the begining of the tour. And visitors are shown the entire of process, including material selection, soot making, glue adding, mixing, shaping, drying, polishing and decoration. The workers there begin by burning either pine or oil and collect the soot that forms by placing bowls over the fire. The soot is combined with the secret ingredients to make the dough that is turned into ink sticks. The ingredients are kneaded together for a long time until they are well combined. Since one of the main ingredients in good ink sticks is animal glue, it can rot, so an 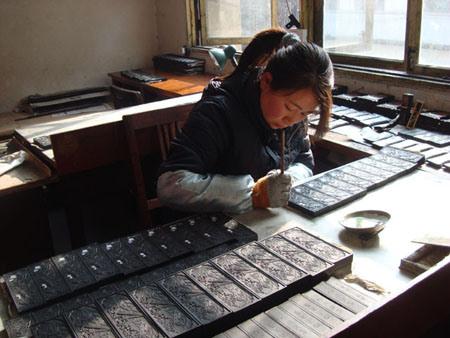 ingredient is added to keep it from rotting. This ingredient has a very nice smell.
The kneaded dough is then put into wooden molds where it is pressed into its shape. The ink can take almost any form and the factory has hundreds of varieties of molds. After it is pressed, it is then put in racks to dry. After it is dried, which can take up to one year, the ink is then sent to a room to be painted. Each ink stick is a work of art with many designs molded into it. The designs are accented with gold or silver paint which is applied by hand using very small brushes. After it is dried, the ink sticks are boxed and sold.
After seeing the entire process, visitors are led to the factory's store where they can choose and buy ink sticks. The oil soot ink is blacker than the pine soot ink and is generally used for calligraphy, while the pine soot ink is usually used for painting. Use them for beautiful calligraphy and paintings or just keep them as treasured souvenirs since they can be preserved for decades, some even for genernations.