Later, they settle down at the place and the techniques of making clay figurines were thus carried on. Even today, the major production base of painted clay figurines is Liuying (the sixth battalion) Village, which was named after the military unit in the Ming Dynasty. All the farmers in the village are capable of making clay figurines, so they always make some clay toys and ornaments as gifts at the slack seasons of farming.

After years of improvement, the techniques of making painted clay figurines have been achieved. 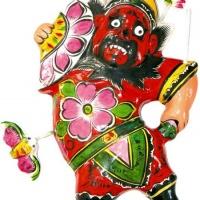 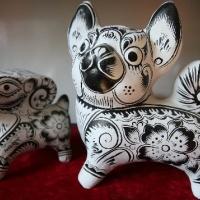 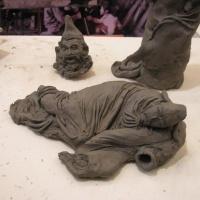 The painted clay figurines exclusively reveal the local life through their elegant styles and vivid shapes. The artisans use almost everything they can lay their hands on as their subject matters: opera facial make-ups, auspicious patterns, folklores, historic stories, native rural life and so on. The figurines can be divided into three categories: hanging ornaments, desk ornaments and toys.

The figurines show a lot of simplicity and exaggeration, vividness and uniqueness. Bright colors, mainly red, green and yellow, are mostly adopted. The sketches on the figurines are drawn with black ink and the patterns are painted with simple strokes. The figurines are made of clay mixed with pulp.

After they come out of the moulds and become dry, a base color of white is painted all over. Then, other colors are added and the surface is polished smooth.

The Fengxiang figurines are used as toys and symbols of good fortune and happiness. When the Lunar New Year and other traditional festivals draw near, local handicraftsmen carry the beautifully painted clay figurines to the local markets and set up stalls in meandering lines, which always make the county fair more flourishing and dazzling during the festival. 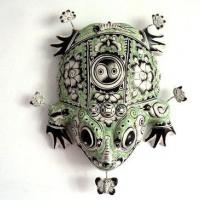 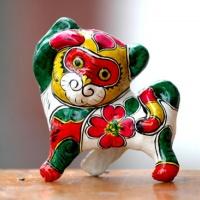 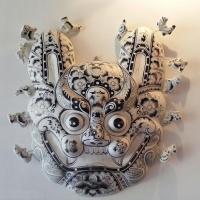 As the typical articles of Chinese folk art, the Fengxiang painted clay figurines not only attract the attention of artists, but also appeal greatly to tourists both from home and abroad. If you have an opportunity to visit Xian or the Liuying Village (this is usually as the Xian extension tour), there is an important thing you should not forget to do it visit the local figurine workshops or families and learn how to make a figurine from the farmers or the folk artisans.
Note: