Australian apple growers are bracing for the arrival of Chinese apples this week and hoping that consumer patriotism will give them an edge, according to local news website Country News. 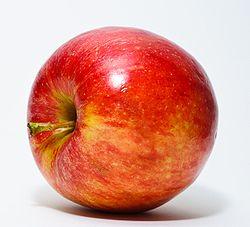 "We've prepared a media strategy for when Chinese apples land in Australia," Apple and Pear Australia Ltd managing director Jon Durham is quoted as saying. "It will emphasize the value of purchasing Australian-grown apples and indicate how to identify imported apples."

Australia approved the import of the Chinese fruit in July 2010, and has conducted inspections of facilities in four Chinese provinces, according to the Department of Agriculture, Fisheries and Forestry.

In turn, the Chinese government approved the import of Australian grapes in October. Australian officials have begun inspecting growers, and Chinese officials are expected to do the same late this month, FreshFruitPortal.com has reported.

Australian apple growers will also face competition from New Zealand, after that country prevailed in a World Trade Organization dispute over Australia s ban on its apples.

Apple and pear grower Matthew Lenne was quoted as saying: "Of course I'm concerned. (But) we have had some Chinese pears into Australia and they haven't made a huge impact yet. We've got enough apples in Australia . . . there are growers going broke because the margin's so fine.