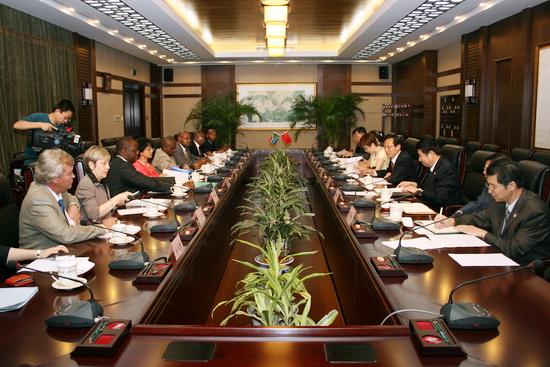 In support of Minister Han s remarks, Ms. Pettersson highly commended the long-term friendly partnership between the two countries and the positive role of the bilateral collaboration on education, training and fisheries in the development of agriculture and fisheries in South Africa in the future. She also expressed her expectation for strengthened and expanded agricultural cooperation between the two countries.