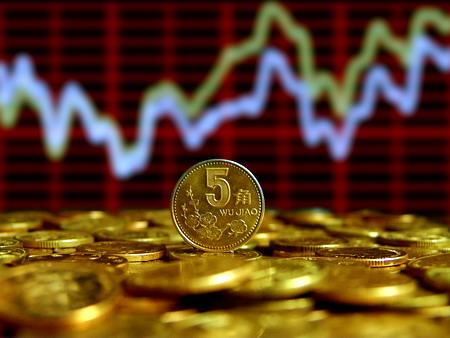 Today, with a deployment of more than 1,000 servers across China and 100 support staff in Beijing, Shanghai, Hong Kong and Silicon Valley combined, Beijing Fastweb's technical solutions accelerate the speed of access to websites, enabling millions of netizens to obtain, within seconds, digital media such as online streaming, Internet games and electronic commerce.

Previously, it was a typical startup - 10 workers with a growing number of customers but lacking capital with which to grow.

Benefiting from the exponential Internet growth in China, Beijing Fastweb's revenue grew 10 times from month to month in 2008 and 2009, thanks to clients such as Sina.com.cn, QQ.com, Sohu.com, Kingsoft, Getty Images, Tsinghua University and the Chinese Academy of Sciences.

Last year, Beijing Fastweb was ranked 71 out of 500 technology companies in the Asia-Pacific in a Deloitte survey based on its growth of 468 percent over a three-year period.

Because of expectations that China's Internet demand is expected to rise even more this year, Beijing Fastweb's content delivery network would grow even faster, Liu reckoned.

The next course of action is to float Beijing Fastweb within the next three years on the stock exchange in Shanghai, Hong Kong, Shenzhen or New York.

Liu's success story, which is not unusual, confirms the fact that the PE/VC industry is gaining more ground in China. This year alone, more well-managed, privately held companies in China that can show strong growth potential in any sectors can expect PEs and VCs to come knocking on their doors, as investments are expected to rise this year to trump last year's $7.3 billion.

Already, certain high-flyers from investment banks have joined with PE/VC firms or formed partnerships to establish their own funds to invest in Chinese companies.

Ten years ago, the idea of foreign-backed PE/VC firms investing in Chinese companies was unthinkable because of a negative perception that foreigners were trying to profiteer from Chinese assets.

However, attitudes are changing. Officials from local and central governments, financial institutions, entrepreneurs and management teams are receptive to PE/VC activities today due to the spectacular growth in businesses, job creation and the entrepreneurial achievements that PE/VC's created, and the initial public offerings in both local and foreign stock exchanges.

"In 2009, China emerged as the No 2 market for PE investments after India," said Michael Thorneman, managing partner for Greater China at consulting firm Bain & Co.

China currently constitutes 5 percent of global PE investments. This year alone, about 29 deals were completed in China in the first two months, he added.

While opportunities abound, the industry faces challenges too. Competition is fierce - PE investors now have to compete with the global likes of KKR, Blackstone, TPG and Carlyle. Yuan-denominated funds have also cropped up.

A relaxed lending approach by banks means companies could easily obtain funds from an additional source.

In addition, PE/VCs and investment bankers would have to battle it out to win over companies, especially when the stock markets offer high valuations.

"In 2007 when the stock markets were robust, I know of company owners who would meet bankers in the morning and PEs in the afternoon to shop for the best deal on whether to list the company now or keep it private, grow the business and IPO later," said Maurice Hoo, a partner at legal advisory firm Paul Hastings.

"Hence, while overall opportunities and economic growth rise, more people are aiming for a piece of a pie that is growing."

The way companies are managed remains a high priority for PE/VCs before any investments can be made.

"For us, people are the most important factor. We look for passion and the right attitude in what they (entrepreneurs) do, their vision, integrity and how they treat their staff," said Brian Zhou, Carlyle's director of communications for China.

"We usually know what sort of companies they are running based on the first meeting," he added. Word of mouth, third party investigation, networking and referrals are key in the industry where PE/VCs source for potential deals.

But the industry is further challenged by questionable company management behavior, failed deals and poor investment returns. Despite that, most PE/VC practitioners remain positive on prospects.

"Opportunities are more than challenges. It was tough a few years ago but the industry is in a better position now. It is maturing and we'll see diversity and specialization in the near future," said Zhou.