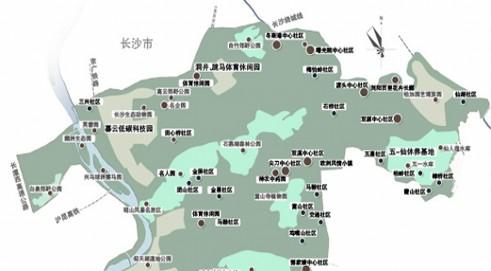 The hearing on the Planning Scheme for the Ecological Green-core Area of the Changsha-Zhuzhou-Xiangtan City Cluster (hereinafter referred to as "scheme") was held on March 28. 15 netizen representatives from all walks of life attended the meeting.

Situated in the joint area of the three cities, the green core area stretches to the bypass avenues of Changsha and the Liuyanghe River in the north and to Meilinqiao Town of Xiangtan County in the south, neighboring Bojia Town and Zhentou Town of Liuyang City on the east and Changsha-Xiangtan Western Expressway on the east. With a total area of 522.87 square kilometers, the area covers 18 towns and townships of the CZT City Cluster, larger than the 400-plus-square-kilometer Vienna Forest Park in Chengdu, Sichuan Province. The total planned area will be made up of 305 square kilometers in Changsha, 82 square kilometers in Zhuzhou and 134 square kilometers in Xiangtan. The overall planning scheme consists of the short-term, mid-term and long-term plans. The whole project is scheduled to be completed basically in 2030 and the service functions of the green core will have been realized by then.