According to National Bureau of Statistics of China, from January to May 2010, total profits of China s Chemical FibreIndustryjumped 200 per cent to 8.066 billion yuan. The production rose 13.43 percent y/y to 14.4739 million tons in the first half of 2010. Goods delivered for chemical fiberexports increased by 50.21 per cent to 792,000from January to Mayfrom the year-earlier period.

Goods delivered for chemical fiberexports increased by 50.21 per cent to 792,000from January to Mayfrom the year-earlier period.

Meanwhile, chemical fiber production recovery with limited domestic supply led to the improvement of material imports. Imports for main chemical fiber materials increased by 11.62 per cent to 6.67 million in the past five months from the year-earlier period. Looking further, from January to May, ethylene glycol imports increased by 18.92 per cent to 2.85 million tons; PTA 2.72 million tons, up 4.93% y/y.

According to National Bureau of Statistics of China, from January to May 2010, total profits of the industry jumped 200 per cent to 8.066 billion yuan.

From Jan. to Jun., China has made an investment of 14.838 billion yuan in chemical fiber industry, up by 29.25 percent over the same period last year. The industry registered new projects totaling 195, according to the Statistics Center of CNTAC.

Materials:The first chart shows the average crude oil price from 2009 to the present. Prices of crude oil slumped down in Jan. 2010. The upward turned on during Feb.-Mar., followed recovery in consumer confidence. In May, prices of crude oil went down again as a result of the increase of the United States s stock and then went sharp again in Jun. amid a massive spill in the Gulf of Mexico. Crude oil traded in New York will average $85 a barrel in 2010, Morgan Stanley said, 31 percent higher than its previous estimate of $65 a barrel, as demand recovers and supplies decline. Oil demand is expected to rise 1.4 million barrels a day, or 1.7 percent, in 2010, led by emerging markets outside the Organization for Economic Cooperation and Development, the International Energy Agency said on July 10. 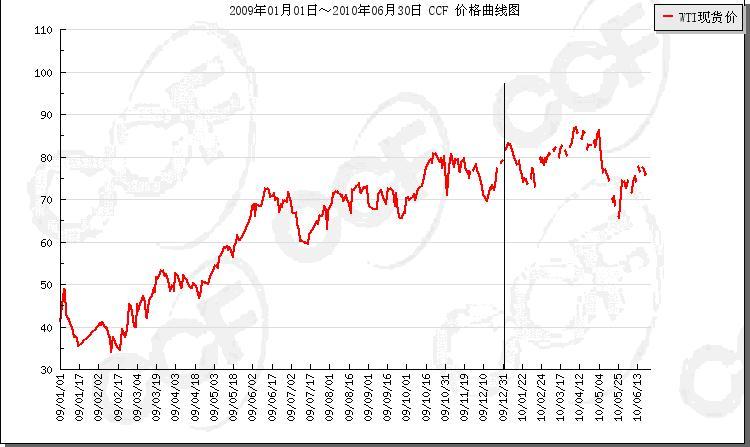 The price of EG slumped down since the beginning of 2010, followed the slump in crude oil values. And then it continued to cool down in Chinaas a result of the increase of Middle East s production. In Asian ethylene glycol market, the price what buyers inquiry cargo was around 790 U.S. dollars/ton in August/early September. In East China Market, the price was 6500-6550 yuan/ton. South China Market was stable due to the limited cash flow and few sellers offer. Price about part of the offer was 6600-6700 yuan/ton

Outlook for the 2nd half

For prices of materials, here we are quick to point out the fluctuate on high level;

For the export of chemical fibre, it is forecast at 2 million tons, up by 35%;

For the total profit of the industry, it is forecast at 12-13.5 billion yuan.