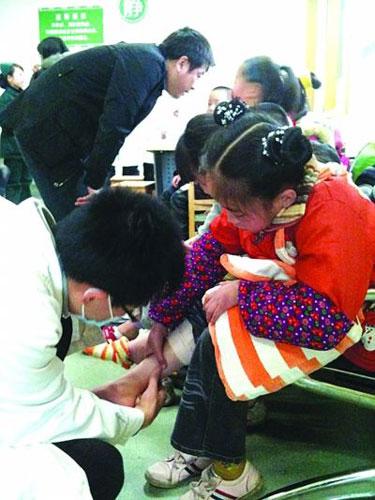 A mountain elevator at the Wuxi Zoo in east China's Jiangsu Province stopped abruptly during its operation on Friday, injuring 61 students, rendering five of them hospitalized for further observation, Yangtze Evening Post reports.

Currently, five relatively heavy injured students are in the 101 hospital of Wuxi, while others who have skin injuries have already been sent out. The hospital claims the five children's vital signs and overall conditions are stable.

Cause of the accident is still under investigation. According to a second-grade student of Ninghaili elementary school, the elevator came to a sudden stop and then she felt it go backwards, after which she was pressed upon by other students.

A teacher recalled that the accident happened on the first part of the elevator. Children became panicked and fell down one by one after the elevator stopped unexpectedly.

The mountain climbing elevator covers a 30 meters high hill connecting the Wuxi Zoo and the Happy Valley amusement park and has been taken out of service since the accident.