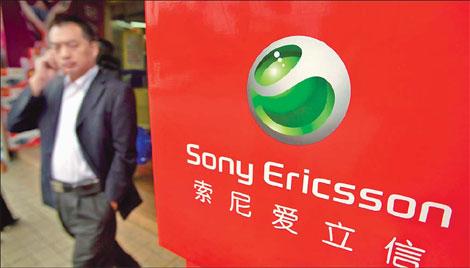 "The telecommunication industry is an industry (in which) we share technologies with competitors, customers and suppliers ... Hopefully we can get an agreement (with ZTE)," said Hans Vestberg, president and chief executive officer of Ericsson. He made the remarks at a news briefing during a one-day business trip to Beijing.

Ericsson is the world's No 1 patent protocol holder in terms of wireless technologies. The company owns about 27,000 granted patents worldwide.

In April, Ericsson filed lawsuits against ZTE - the world's fifth-largest telecom equipment vendor by market share - in the United Kingdom, Italy and Germany, saying the Chinese company had breached its patents related to second- and third-generation wireless technologies known as GSM and WCDMA, according to a report in the Financial Times.

It asked the courts to ban sales of ZTE products that include technologies where the Swedish company's patents have allegedly been breached.

He added that Ericsson has agreements with basically all major infrastructure and handset vendors in the industry, including some Chinese vendors, and the company is always aiming to involve more and more interested parties to share technologies.

"We provide fair and reasonable licensing for new entrants," he said, but did not reveal the specific charges for its patents.

ZTE could not be reached for comment on Wednesday.

Ericsson also announced on Wednesday it will open a new global network operations center (GNOC) in China. It currently has three GNOCs in Romania, India and Mexico.

The new center will initially have 300 staff, with the number growing to 500 within the next six months.

Ericsson is currently managing networks serving more than 800 million subscribers, and more than half of these subscribers are served through its GNOCs.

The company had a 20 percent share of the global carrier-network-infrastructure market in 2010, while Chinese rival Huawei Technologies Co ranked second at 16 percent, according to market research firm Gartner Inc.

Vestberg said he was "proud" that Ericsson was a player in the Chinese market, which it first entered in 1892.

"We are determined to be a key partner with China Mobile on TD-LTE technology," said Mats H Olsson, president of Ericsson China and North East Asia.

Ericsson won the biggest TD-LTE contract to date, worth $1 billion, from Australia's NBN Co in June.