BofA to maintain stake of at least 5% in CCB

BofA to maintain stake of at least 5% in CCB 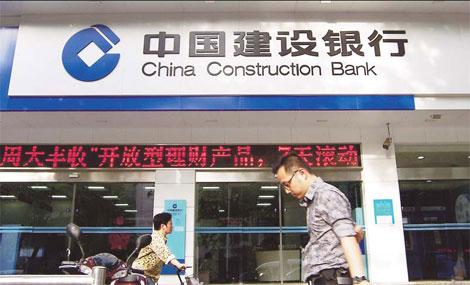 China Construction Bank Corp (CCB), the world's second-largest lender by market capitalization, said Bank of America Corp (BofA) would continue to hold no less than 5 percent of CCB's shares, even though the US-based bank will be allowed to reduce its stake as of Aug 29.

Zhang Jianguo, president of CCB, told reporters in Hong Kong on Monday that he had heard the news through formal channels. He didn't elaborate.

BofA is the second-largest shareholder in CCB, with a 10.23 percent stake. Reuters reported earlier that it is in talks to sell part of its $17 billion stake.

CCB has extended its tie-up with BofA until the end of next year and is in talks to extend the arrangement for another five years, but the new contract will not involve stakeholdings, said Guo Shuqing, chairman of the Beijing-based lender.

BofA faces mortgage foreclosures and probably needs more capital, Bloomberg has reported. In the past month, the share price has declined by more than 23 percent.

Reuters has reported the bank would lay off 3,500 employees in the third quarter.

Guo said that the banks' cooperation had been a success and could set a good example for industry counterparts.

"Although BofA is in difficulties, we believe the experienced international player will recover gradually. It will still be our long-term strategic partner," Guo said.

CCB's first-half profit surged by more than 31 percent year-on-year to a record as liquidity tightened and demand for credit climbed.

According to a statement to the Shanghai Stock Exchange on Sunday, its net income increased to 92.8 billion yuan ($14.5 billion) from 70.7 billion yuan a year earlier.

CCB will not head into overseas markets as aggressively as some of its Chinese counterparts, Guo said. He said the bank aims to increase the contribution of profit from overseas branches from the current level of more than 2 percent to an ideal level of 5 percent within five years.

"We are quite prudent on our overseas development strategy and we don't want to extend our network in developed markets such as Europe and the United States," Guo said at a news conference in Beijing.

He added that the bank had little interest in extending its overseas business by acquiring local banks whose market value had contracted substantially in recent years. "That may not accord with our own strategy," he said.

To further replenish capital, the bank has said that it plans to raise no more than 80 billion yuan by selling yuan-denominated subordinated bonds in the Chinese mainland and Hong Kong by the end of August 2013.

Guo said the exact amount of bonds to be issued in Hong Kong was still up to regulators, but that CCB wanted to sell as much as possible in Hong Kong because issuing costs are far lower than on the mainland.

The bank does not plan to raise funds through equity sales within the next three years, he said.

Since the year began, major banks in China have turned to the inter-bank bond market to raise capital against the backdrop of higher capital adequacy requirements.

The China Banking Regulatory Commission said in May that tougher capital adequacy rules would take effect at the beginning of 2012.

For major banks, the requirement stands at 11.5 percent, while that for less important banks stands at 10.5 percent.